“With new economical rules set out by the new government of Argentina, the country is moving in a pro-trade direction and has its eyes now set on India to promote its bilateral trade especially in the agriculture sector. The new policies will enable potential investors to purchase more than 1000 hectares of land in Argentina boosting its agriculture output by 20 percent. The other areas for collaborative efforts are food processing, IT, pharmaceuticals, mining, hydrocarbons, wine & honey production, chicken, meat, edible oil, and most importantly in bio- sciences”, said Mr. Jesús Silveyra, Joint Secretary of Agricultural Markets, Argentina during an interactive discussion at the World Trade Centre Mumbai which was jointly organized by the All India Association of Industries and World Trade Centre Mumbai.

Mr. Silveyra, stressed that the new government had a positive approach and had rectified all the weaknesses that inhibited his country in reaching out to international markets. Emphasizing on the part of India in enabling Argentina to forge collaborative efforts in various sectors, he said, “India’s demographic dividend, its increasing rate of growth, addition of 25 million population (middle class), Argentina should be one of the special suppliers to India for agriculture and bio products. India on its part should show interest in Argentina”. He further opined that India must help Argentina to expand worldwide which has proven in IT and Pharma sector. More and more student exchange programs need to be part of the curriculum in agriculture institutes.

Highlighting Argentina’s strengths in various agro and animal husbandry sectors, Mr.  Silveyra expressed his interest in exporting queen bees to India for honey production and from being a ‘provider to super provider’ in India’s food park venture. In the area of cattle breeding Argentina leads by 60% of labour production beating US which is at a measly 20%. Argentina is one of the leaders in bio-products almost to the capacity of exporting 7000 tones to the entire world. They have capabilities in technology warehousing and post harvest management which could be a boon for India.

From a futuristic point of view, Mr.  Silveyra said that Argentina’s President and Cultural Minister plan to visit India in the following year. Also there is need to establish an Argentina-India Chamber of Commerce to create a favorable environment to foster conducive bilateral trade between both countries. In closing he said, “We look forward to World Trade Centre Mumbai and its networks to achieve this goal.

Capt. Somesh Batra, Vice Chairman, WTC Mumbai in his opening remarks said “In 2015 – 16 India’s bilateral trade with Argentina stood at USD 3 billion and there is immense scope for further bilateral relations. Argentina is the bread basket producing 150 million agriculture output opening up doors for collaborative efforts in the area of agro and food processing sectors while 100 million tons is exported”. To further elevate mutual trade and investment opportunities, Argentina government could consider India’s new initiatives such as a Make in India, Skill India and Ship Building sector.

Mr. Vijay Kalantri, President, AIAI in his closing remarks said “recognizing the importance of India and Argentina’s bilateral trade, the Government of India should initiate subsidies in freight cost for exports to Argentina and create a platform for sharing best agriculture practices and technology between both the countries. The focus of the foreign trade policy is to support services and exports along with improving the ease of doing business”. 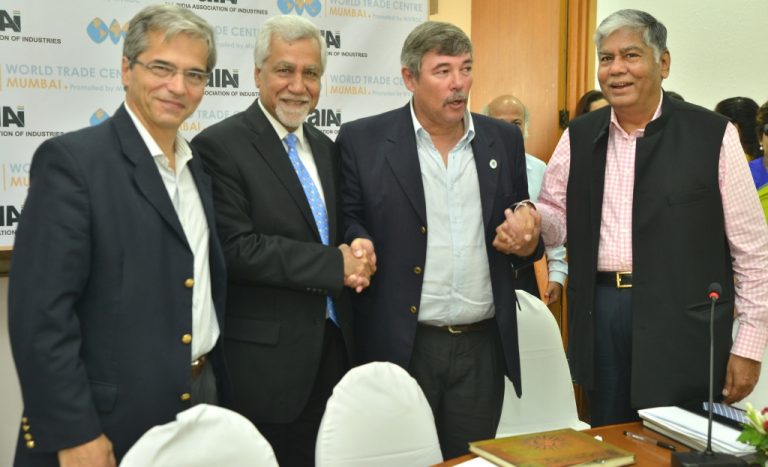