Canada’s Mississauga: A perfect blend of stability and growth for Indian Businesses
Press Release
by aiai-india

Canada’s Mississauga: A perfect blend of stability and growth for Indian Businesses

Canada’s Mississauga: A perfect blend of stability and growth for Indian Businesses

While welcoming the new year, a significant step in the direction of furthering Indo-Canadian Business ties, Mayor of Mississauga chose to visit Mumbai first on her two-week India Mission 2017, along with a high-powered business delegation.

Mississauga, a vibrant, thriving, prosperous, multicultural, multifaceted and diverse city with a significant Indian diaspora holds huge potential for Indian businesses. Our city has become a natural choice for business leaders world over who seek to access markets in North America, especially Canada. Located in the Greater Toronto Area (GTA), Mississauga is 6th largest and fastest growing city with close to 760,000 residents who command a modern lifestyle, an ever-growing economy and is governed by an innovative and smart local municipality, which is advantageous for all, more so, for the next generation of the new economy”, said Her Worship Ms. Bonnie Crombie, Mayor, City of Mississauga, Canada who along with Mr. Pappur Shankar, Vice President, Indo Canada Chamber of Commerce lead a high-level business delegation representing immigration consultancy, culture, business consultancy, legal fraternity, associations and entertainment sector to Mumbai. In her honour an interactive meeting was organized by the World Trade Centre Mumbai and All India Association of Industries and the Indo Canada Chamber of Commerce at the World Trade Centre Mumbai.

In her presentation titled ‘Business is a Human Race’ Worship Crombie highlighted Mississauga’ strengths, emphasizing that her city is rated AAA (Standards & Poors) with business taxes among the lowest in North America. “Ranked number 1 in FDI, having direct access to the $13 trillion NAFTA and European Union markets, it is the best place to do business. The dynamics of our extraordinary environment, business community and exceptional talent has spurred growth and innovation in Mississauga”, Her Worship Ms. Crombie proclaimed.

Mississauga is Canada’s second largest life sciences and aerospace cluster by employment, home to over 400 life science companies employing over 25,000 people. The aerospace industry employs over 24,000 people in over 220 aerospace companies. “We have grown incredibly in almost all major sectors. Business friendliness and lowest economy costs have boosted the ease-of-doing business in Canada. Our country is the safest place for foreign direct investment. Overall Canada is ranked most cost competitive among the G7 nations and is 7.2 per cent lower than the US”, Her Worship Ms. Crombie stressed.

Mr. Jordon Reeves, Consul General, Consulate General of Canada in Mumbai, who was present on the occasion to facilitate the event, praised the impeccable timing of the visit of the Canadian business delegation to India. Mr. Reeves said, “I believe and as mentioned by India’s Prime Minister Narendra Modi that India and Canada are made for each other. The growth of bilateral trade of both countries brings immense opportunities for huge investments especially in infrastructure with the announcement of the Smart Cities project. The World Economic Forum has consecutively identified Canada’s banking system as being sound globally over the past seven years. It is important to note that $15 billion of private equity from Canada is mainly generated by corporate Canada, to which India is a beneficiary. Currently, there are 1.3 million Canadians of Indian origin in Canada. In educational sphere, we have seen significant growth, foreign applications for studying in Canada has increased to 70%”, said the proud Consul General.

Going forward, Canada will commence direct flights from Canada to Mumbai, shortly. Several ministerial visits and Canada’s Prime Minister are being planned in the course of the year. Further, Mr. Reeves expressed hope that the visit of Her Worship Ms. Crombie to India will positively impact the bilateral relationship between the two countries and the positioning of Mississauga trade and business endeavours, would go a long way in furthering this relationship.

Mr. Pappur Shankar, Vice President – Indo Canada Chamber of Commerce, said, “We have seen India-Canada economic relations rise from nothing to reach where they are today – over $8.3 billion in merchandize trade. The bilateral trade is growing at double digit rates for the last 3 years and it grew by 29% in the last year. Creating a bridge between Canadian and Indian innovation and entrepreneurship ecosystems is one of the latest areas of growth in bilateral relationship. Education is an important sector in Canada. At the end of 2015, almost 49,000 international students from India were studying for six months or more in Canada. India is the second largest source country for foreign students in Canada”, propounded Mr. Shankar.

The massive smart cities project of the Indian Prime Minister Narendra Modi is opening new doors for Canadian companies, even city administrations in Canada, who have extensive experience in creating smart cities are keen to collaborate with Indian entities, Mr. Shankar added.

Earlier in his welcome address Mr. Vijay Kalantri, Vice Chairman, World Trade Centre Mumbai said, ‘the current bilateral trade between India and Canada stands at $6 billion which can double in the next 3-5 years, if concerted efforts are made towards this direction. There are tremendous opportunities in the areas of tourism, culture, filming (Bollywood) oil & gas, petroleum, agriculture and food processing, healthcare, clean technology, etc. India requires technology, investments, joint ventures from Canada as it is at the forefront of business activities. Businesses around the world prefer to invest in India which is the fastest growing economy in the world at a rate of 7-8 percent. In order to provide further momentum to this growth, the Government of India has considerably improved the ease of doing business in the last two years and hence Canada could seize this opportunity and channelize its investment to reap great benefits and this in turn could bring about a win-win situation for all. Prime Minster Modi’s initiatives such as Make in India, Digital India, Startup India etc hold great scope where Canada can partner and work together. In conclusion, Mr. Kalantri asserted that the main agenda of such delegation visits to India is to meet and understand each other’s needs and here is where World Trade Centre Mumbai and All India Association of Industries can play a major role in facilitating and fostering such meetings. 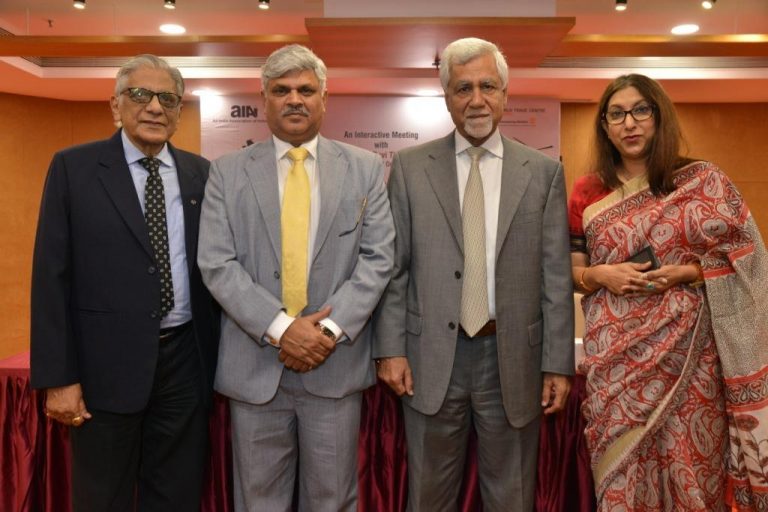 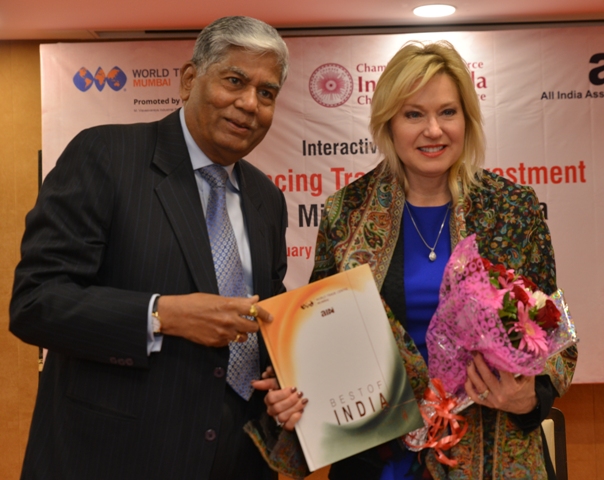