“Poland is keenly watching developments in India and is highly encouraged with recent investment announcements and plans of the Central government as well as by the government of Maharashtra, and the prospective ideas of infra-structure projects, smart cities and industrial corridors” said Leszek Brenda, Consul General of the Republic of Poland to Mumbai. Addressing an interactive meeting on ‘Doing Business in Poland – Discover Easter Poland’, Mr. Brenda expressed hope that Poland would find its rightful place in some of these projects. India and Poland have a lot to do together and investment flows must be a two-way process in order to enhance economic cooperation between the two countries. As a first step, both countries must begin the process of understanding each other’s markets. Indian companies can choose Poland as an investment destination because of its strategic location, political and economic stability, availability of skilled human resources and encouraging policy support including EU funding. This investment dialogue was organized by All India Association of Industries, World Trade Centre Mumbai, Polish Information and Foreign Investment Agency and Indo-Polish Chamber of Commerce on April 27th 2015, at the World Trade Centre Mumbai.

Deliberating on the investment climate in Eastern Poland, Arkadiusz Tarnowski, Deputy Director for the Bureau for Eastern Poland Economic Promotion Program, Polish Information and Foreign investment Agency, highlighted the priority sectors in the region namely luxury cars, yacht, aviation industry, medical equipments, furniture, timber and education. Poland, the fastest developing country in Europe, has the advantage of a pool of young and highly skilled workers. He mentioned that Poland has remained free from the economic crisis largely due to its strong 40 million internal consumer market. The region is one of largest hubs of BPO services and enjoys the 13th rank as the most attractive FDI destination.

In a series of presentations, the regions of Eastern Poland namely Lubelskie, Podkarpackie, Bialystok, Swietokarzyskie and Olsztyn showcased their investment potential in the respective regions.  The promising sectors are IT, bio-economy, food processing, aviation, automotive and machinery, metallurgy, construction, plastics processing among others.

Earlier in his welcome address, Y.R. Warerkar, Executive Director, MVIRDC World Trade Centre Mumbai said that the year 2014 marked the sixtieth year of the establishment of Diplomatic relations between India and Poland and the historic event was commemorated with a series of activities reflecting the strong economic, political and cultural ties existing between both countries. Bilateral trade between both countries reached nearly $2 billion during the first 10 months of 2014. Indian investments in Poland total over $3 billion. Many prestigious Indian companies have presence in Poland, like Reliance Industries, Arcelor Mittal, Escorts, Infosys, etc. Warerkar further expressed that World Trade Centre Mumbai and AIAI have in the past led many successful business delegations to and from Poland. While many large companies have established their presence in both countries, he hoped that there would be greater cooperation among firms in the SME sector.

Queenie Nair, Director, All India Association of Industries, proposed the vote of thanks. 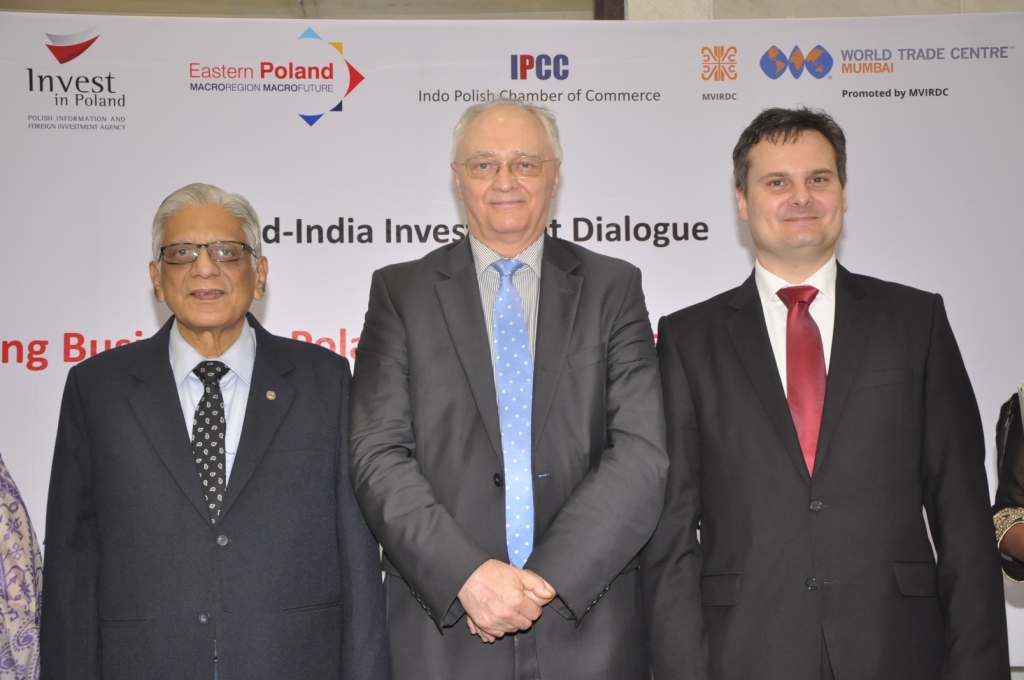