“The Union Budget 2014-15 has one too many favourable provisions for the common man. The Budget encompasses reforms to upgrade diverse sectors of the economy by undertaking development programmes. It has signaled growth as a top priority of the Government thereby improving the investment climate for domestic and foreign investors. However, certain provisions in the Finance Bill have overturned the judgments of the Supreme court and High court leading to far reaching confusion and chaos”, said Mr. Firoze B. Andhyarujina, Senior Counsel, Supreme Court of India during an interactive meeting on “Implications of the Budget 2014-2015” jointly organised by MVIRDC World Trade Centre and All India Association of Industries.

Enumerating further on the amendments in the Finance Bill Mr. Andhyarujina said that the bill makes no mention of the retrospective taxation amendment thereby litigations remaining pending with the option but reference to the high level Committee for settlement of disputes.

Secondly, as per the Finance Bill a trust can claim tax deduction on the purchase of an asset. However, there remains no provision for deduction for depreciation of the purchased asset which is an unwelcome move by trusts. Another matter of concern for charitable and religious trusts is that under section 12AA, the trust registration is liable to cancellation in event of no utility to the general public or usage towards religious communities as against the only earlier provision of money not being spent under specified provisions.

A matter of concern in the Finance Bill is the amendments on the capital gains taxation norms. As per the earlier Bill under section 54, reinvestment in buying home from selling of an earlier property was exempt from taxation. However, the recent bill restricts reinvestment exemption towards purchase of only single house with no such restrictions earlier. Also, as per the section 54 reinvestment in property abroad had been exempted from taxation which is now restricted to “India” only thereby unsettling earlier laws passed by the Courts.

The Companies Acts obligation of 2% investment towards Corporate Social Responsibility by companies was exempt from taxation which has been brought under taxation bracket.

The Budget has tinkered with laws leading to hardships for the common man. The need of the hour is clarity of laws besides building trust by the Government towards its law abiding citizens. The clarification of policies is likely to continue in the near term, Mr. Andhyarujina stated.

Affirming the views of Mr. Andhyarujina panelist Mr. Nishith Desai, Founder, Nishith Desai Associates said the country is in need for less government interference and more governance. India needs to learn best practices from the US and UK for designing an unambiguous taxation structure. It is vital that drafts men be involved in designing legislative bills henceforth.

Mr. M. S. Mani, Partner, Deloitte India elaborated on the indirect taxation code of the Government.  The service taxes purview has been expanded to include commercial, economic and business activities. The Budget stipulates no definitive time frame for the implementation of the GST. Lastly, the budget has given the much needed boost to the manufacturing sector by slashing excise duties and custom duties of key resources required for manufacturing.

Mr. Jairaj Purandare, Founder Chairman, JMP Advisors Pvt. Ltd said the Union Budget 2014-15 signals reforms with provisions such as smart cities, e-visas, development of power sector, infrastructural sector, revival of the coal industry, linking of rivers, skill development programmes, incentive for housing and FDI cap changes in defense and insurance. However, proposals alone cannot make a difference to the economy. Ensuring execution of the said provisions is of paramount importance to generate sustainable growth in the next five years.

Earlier, in his welcome remarks Mr. Y.R. Warerkar, Executive Director, MVIRDC World Trade Centre said the NDA government presented its maiden budget 2014-15 keeping in view the expectations of all segments of society. The Budget is pragmatic, all encompassing with intense focus on development, particularly the social sectors. The Budget offers big relief to tax payers. The sops announced in the budget are distinctly reforms –oriented aiming to lift economic growth to 7-8 percent in the next 3-4 years by promoting manufacturing and infrastructure and rationalizing subsidies. The Finance Minister has sought to retain the budgetary deficit at 4.1 percent of gross domestic product this year and proposed to bring down the deficit to 3.6% in 2015-16 and further to 3% in 2016-17. The Finance Minister also announced the setting up of an “Expenditure Management Commission” to bring in reforms on the expenditure side. 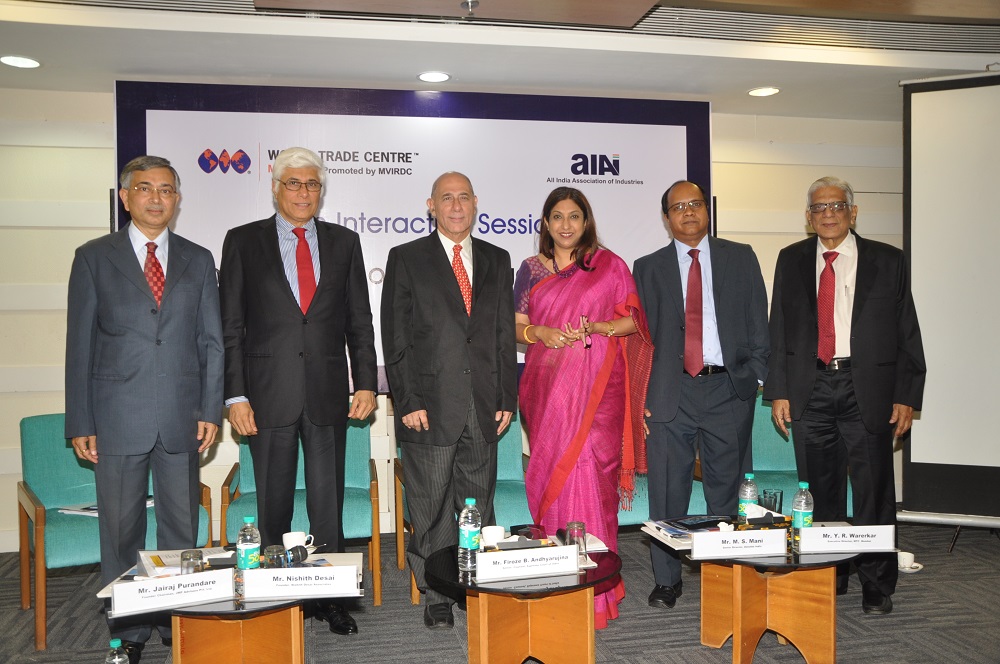 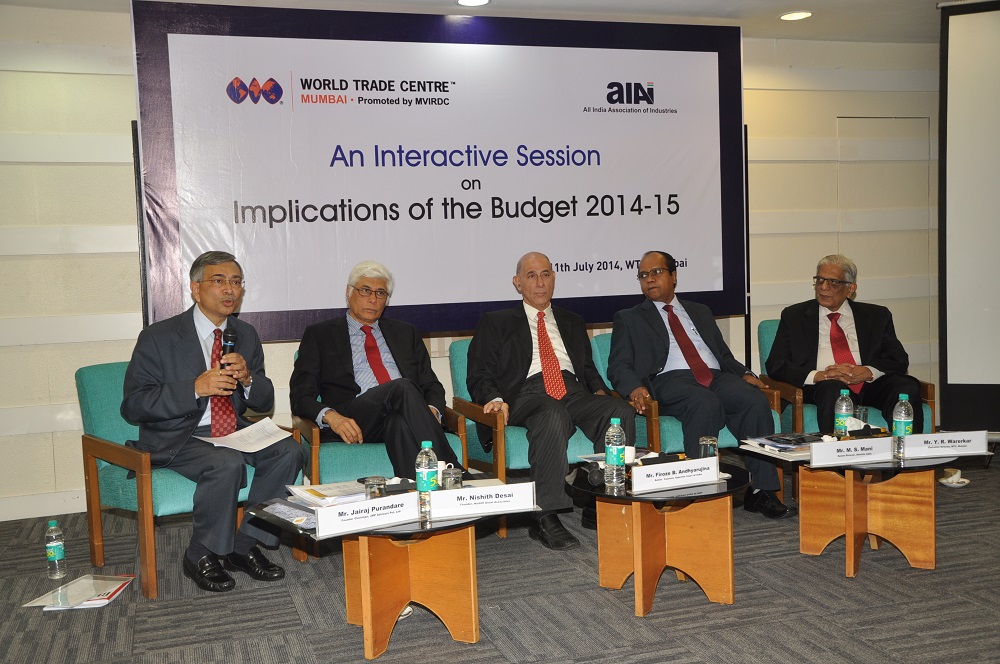