SAARC Arbitration Council (SARCO) have initiated various regional awareness programmes to highlight the importance of settling disputes through arbitration  which is the positive way to promote investments and trade in SAARC countries. Since setting up of the Centre in 2010, it has not got a single arbitration matter as most parties opt for Singapore, London and Hague as their seat of centre. Mr. Thusantha Wijemanna, Director General SARCO was speaking at the promotion Seminar on Alternate means for Settlement of Commercial Disputes- Arbitration and Conciliation in SAARC Countriesorganized by All India Association of Industries (AIAI) in association with the SARCO on August 21, 2015 at the CK Nayudu Hall, Cricket Club of India, Mumbai.

“The aim of setting up SARCO is to expedite the process to save time and money for the foreign investors. The legal experts cautioned against the flawed domestic laws in SAARC countries that are impacting trade and business. The business community doesn’t want solutions to be provided after many years, they would want to clear the hurdle and move on promptly which we do not see in the current juridical legal procedure,” Mr. Wijemanna stated.”

The only country after Singapore is India who had taken cognizance of the development of Arbitration. Since 1996, with the inception of Arbitration and Conciliation Act. However, from the time of this Act till  September 2012 the Indian arbitration law did not follow the guidelines as per New York Convention for enforcement of Foreign Awards.  Former chief justice, Justice Mane said, “The culture of misinterpretation of law needs to be stopped. The job of the judiciary is to support the process of arbitration through interpretation with the help of experts and give justice.”

Mr. Vyapak Desai, Partner & Head of International Litigation & Dispute Resolution Practice, Nishith Desai and Associates highlighted the era of post 1996 till BALCO case of September 2010, when for the first time in India one saw a change in arbitration. The legal fraternity said it was a matter of concern for foreign investors to see the courts interfering rather than being supportive. “There was immense concern as we saw the judiciary lose focus on arbitration. The judicial precedence was interpreting Acts rather than support. It was seen as judicial interference and we unfortunately we saw an export of arbitration cases to Singapore, London and Hague,”” said Desai. He pointed out that there has been a visible change from the judiciary and legislature since the call for Ease of Doing Business. “Since the time  Mr Modi has called for Ease of doing business, we have seen that the judiciary and legislature have responded positively and things are improving. Now, India and the SAARC countries need to improve on their credibility for investors to seek a seat of centre in these countries, which is still not happening,” said Desai.

Mr. Nusrat Hassan, Managing Partner, DH Law Associates emphasized that the domestic award is a not streamlined and hardly an option for the companies to arbitrate in India. As a result the first option of seeking seat of centre is still Singapore or London for most foreign investors.

“The western countries prosper because the disputes are in control their judiciary is in place. The SAARC countries need to understand that arbitration is an instrument that promotes trade and business. Exporting disputes arbitration to other countries is not good,” said Hassan.

Mr. Hassan added that the issue for enforcement of arbitration is deficient in India and other SAARC countries.

Mr. Faazaan Mirza, Legal Research officer, SARCO gave a detailed account of the constitution of board and functioning of SARCO.

The eminent former justices Mr. Bhatia said that it is binding on every individual in the judiciary to eradicate the culture of backlog. “I recall that few other judges and I would dispose off the case at the admission stage itself. This saves delays, time and most of all cost of the litigants. This would automatically help reduce the backlog,” said Justice Bhatia. The current backlog registered as per the judiciary in India runs in such high volumes that it would take nearly 200 years to clear this back log.

Earlier, in his welcome address Mr. Vijay Kalantri, President, All India Association of Industries, highlighted the need for judicial reforms. “There is a bill pending in the parliament on judicial reforms and the arbitration in India. I hope it would be passed soon,” said Mr. Kalantri. He added, “Investors are scared of coming to India due to the misinterpretation of law by individuals at every level in the government and judiciary. It has definitely impacted our trade and foreign investments adversely and it is in our hands to correct it.”

Ms. Rupa Naik, Executive Director, All India Association of Industries felicitated the guests and proposed a vote of thanks 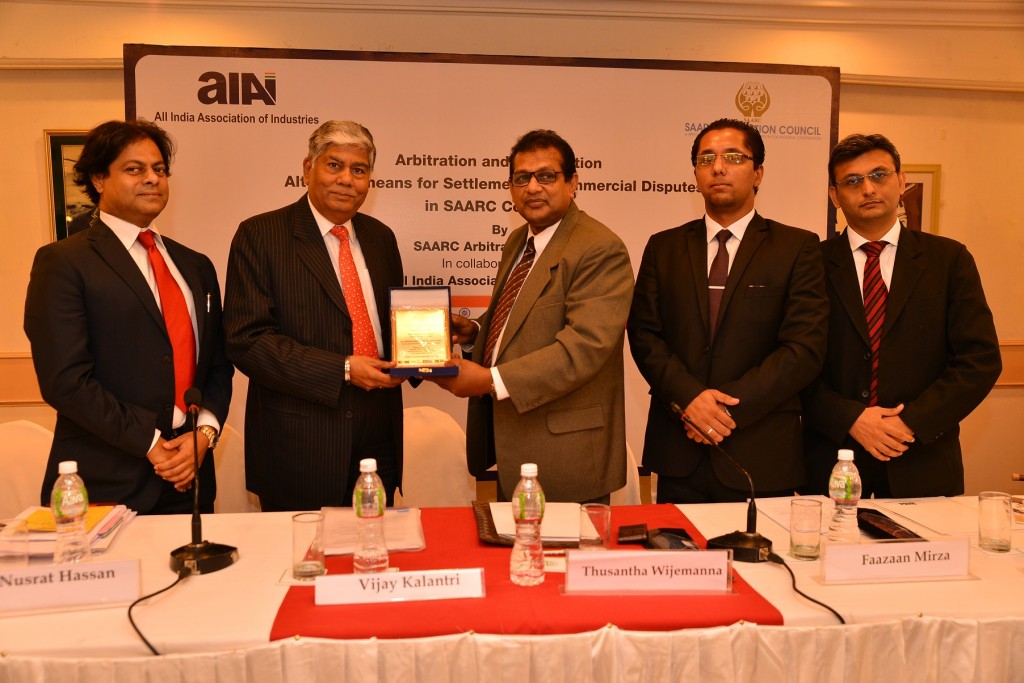 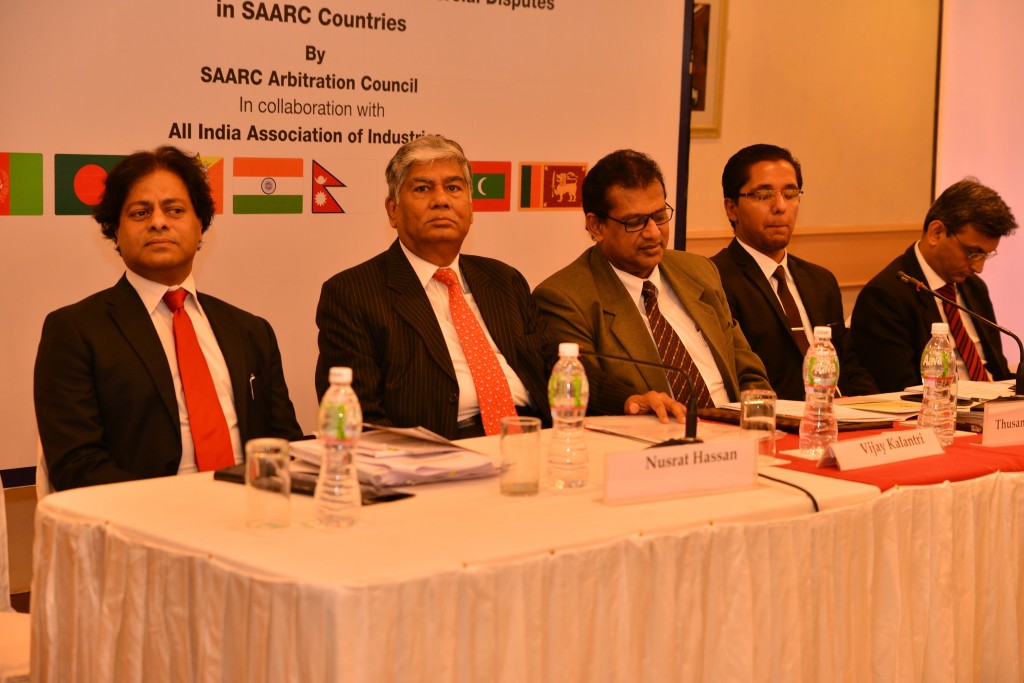