Mumbai, March 22, 2017: “GST holds the potential to make Indian products globally competitive, improve compliance and contribute to the expansion of the Indian Economy by at least 1% of GDP,” said Mr. Prashant Kumar, Additional Commissioner, Service Tax, Mumbai-I. On Monday, March 20, 2017, the Union Cabinet March approved four crucial GST bills, viz. CGST, iGST, UTGST and the Compensation Bill. These Bills are expected to be tabled in parliament shortly as Money Bills. The Government is all set to roll out crucial GST on July 1, 2017.

Mr. Kumar was speaking at an interactive programme, “GST Transition: Preparing MSMEs for Operational optimization and excellence,” organized by All India Association of Industries and World Trade Centre Mumbai in association with Service Tax Department.

Listing out the benefits that GST brings, Mr. Kumar drew attention of MSME representatives to the nuances and the fine print on how they can benefit from the refund clause the GST bill promotes. The Government aims to refund 90% within 7 days under GST. He expressed hope that the clubbing together of as many as five different taxes into a single entity of GST, will enable MSMEs to expedite and simplify tax payment and will help them manage their working capital better.

GST is a major step towards streamlining various Union and State indirect taxes and will help in speeding up the transportation of goods and services between various states. Since GST is a destination based consumption tax instead of existing origin based tax, it will result in transparency and would further in ‘ease of doing business’.

One of the key promises of GST is the ability to data mine the vast information which will be collected by the government. This will help the Government to ensure strict enforcement of rules and regulations and go after defaulters and tax evaders.

Earlier while speaking on the occasion, Mr. Vijay Kalantri, President, All India Association of Industries (AIAI), spoke of the importance of GST towards higher economic growth and expressed optimism that the tax rationalization would be given high importance. He added that there should be no prosecution clause under the tax laws at least for the first three years. He noted that tax forms should be simplified and made easier to comprehend. This will help in expanding the base of tax payers and will ultimately lead to higher revenue generation for the Government. He hoped that the filing of forms should be only once a month as against 3 forms a month as mentioned in model GST law. There are 80 lacs assesses out of which 50 lacs have been migrated and the balance would be completed by 31st March. 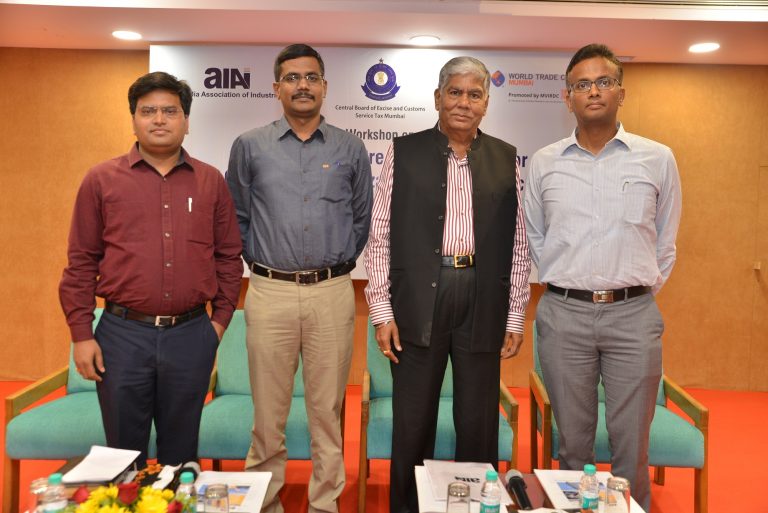