“Shale gas in the Pennsylvania is rapidly increasing as an available source of natural gas. Led by new applications of hydraulic fracturing technology and horizontal drilling, development of new sources of shale gas has offset declines in production from conventional gas reservoirs and has led to major increases in reserves of US natural gas. The fast growing energy sparse Indian economy may source its energy requirement from Pennsylvania”, said Mr. Wilfred H. Muskens, Deputy Secretary for International Business Development, Pennsylvania Department of Community & Economic Development during an interactive session on Exploring Business Opportunities with Pennsylvania jointly organised by MVIRDC World Trade Centre, All India Association of Industries and Pennsylvania International Business Development.

The Indian economy holds a position of prominence in the global map which is demonstrated in its GDP growth. The nation exhibits a competitive service industry besides being an attractive investment destination for foreign investors.  Also, the newly elected Modi Government has drawn world attention to India with its pro-growth policies. The US is seriously looking at India to further its economic relations, Mr. Muskens said.

Inviting Indian companies to the region Mr. Muskens said that Pennsylvania exhibits ease of doing business with a competitive tax structure, proximity to low cost energy, good road, rail and air connectivity, technological expertise and access to a skilled workforce. Also, the state in strategically located giving access to consumers in the Northeast and Midwest U.S. and Eastern Canada.

Earlier, in his welcome remarks Mr. Vijay Kalantri, Vice Chairman, MVIRDC World Trade Center Mumbai and President, All India Association of Industries said that the US is a prominent trading partner of India with bilateral trade worth US$ 61.6 billion with Indian exports worth US$ 39.1 billion and India’s imports worth US$ 22.5 billion. Also, the US is the fifth largest source of foreign direct investments into India constituting nearly 5.48 % of the total FDI into India. We seek to cross bilateral trade worth US$ 100 billion in the years to come through joint ventures, business meetings, exchange of delegations, etc.

The recent Government visits of Governor H. E. Mrs. Nikki Haley, Hon’ble Governor of South Carolina to India and the much awaited visit of US President Barack Obama to the nation demonstrates growing importance of the Indian economy in the US, Mr. Kalantri added. 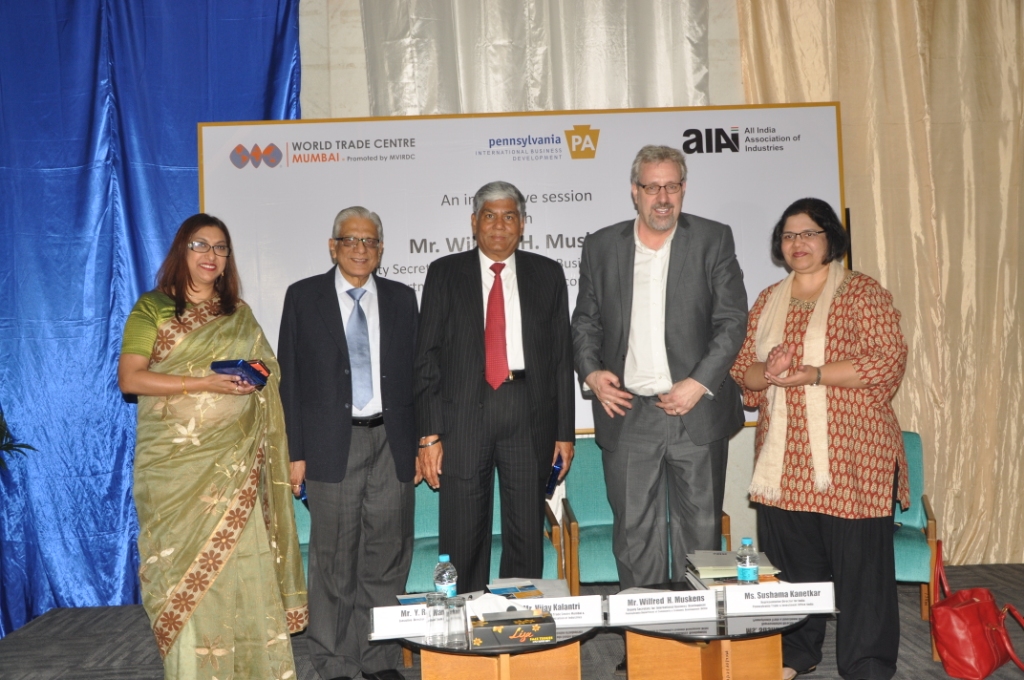