The Ambassador of Grand Duchy of Luxembourg in India, HE Sam Schreiner in his address to investors in Mumbai elaborated on the achievements of his country, which once was a poor country and today is a leading economic nation in the world. Schreiner said investigations on the black money case wherein many Indian business houses and people figure in the HSBC list is going on smoothly. Schreiner assured that the investigations are being conducted in full cooperation between the two countries. “Our trade minister on his recent visit to India has assured full cooperation in these investigations. We have seen this cooperation between tax authorities in India and Luxembourg. We are working closely to ensure the investigations run smoothly,” replied Schreiner. He further stressed, “Luxembourg does not encourage money laundering.”

He was addressing the business community in Mumbai organized by All India Association of Industries (AIAI) and World Trade Centre, Mumbai promoted by MVIRDC.

A country 2000 times smaller than India is the debt-free country in European Union, second only to Singapore in the world. “150 years ago Luxembourg was very poor country, however with the discovery of iron ore in 1850, changed the fortune of our country,” said Schreiner.

The progress Luxembourg has made is due to many reasons which includes the contribution from migrants. A fact the government of Luxembourg acknowledges. “We have 40% migrants and importantly we have no social unrest and violence.” This is also reflected in their policies and laws as stable socio-political environment has made it a leading international financial centre and has favourable legal and regulatory policies to set up businesses.

The economic progress made by Luxembourg is commendable focusing on their strong sectors which are media, industry, logistics, EU institutions, steel, agriculture, finance and bank services.  “Luxembourg is best in investment funds in Europe and second in the world to USA in assets management, which is running into 3.4 trillion.” Interestingly, Luxembourg has the highest productivity at 165, which is more efficient than the EU average of 100.

Misconception of Luxembourg is that it is a tax haven which the Ambassador pointed was lower and more competitive than most European countries. “Luxembourg has lowest tax rate at 21% and highest incomes as compared to Germany, France and Belgium,” said Schreiner. He summed up his country’s motto as “Stable country, stable outlook.”

Luxembourg has the advantage of best infrastructure and connectivity to rail, roads, ports and airports. “Our port is secure and has excellent conservation facilities, which enhances cargo movement, enhancing with trade with other EU cities,” said Schreiner.

Vijay Kalantri, the President of AIAI and Vice Chairman of WTC Mumbai, firstly invited investments from Luxembourg as it has only 5% trade with India. Kalantri highlighted the cooperation required in various sectors like knowledge-based industries, IT, infrastructure, steel and green technologies.

“In 2013 we signed an agreement for steel, over 90 Indian companies are listed for GDR in Luxembourg. The market is conducive as 50% of work force comes from nearby European, there is good infrastructure. Many Indian companies go in for GDR issues because of the volume and high volume is assured. Today is the earth day and we have potential for energy saving, it is totally eco-friendly and business friendly too.”

The Executive Director of WTC Mumbai, Y. R. Warerkar proposed the vote of thanks. 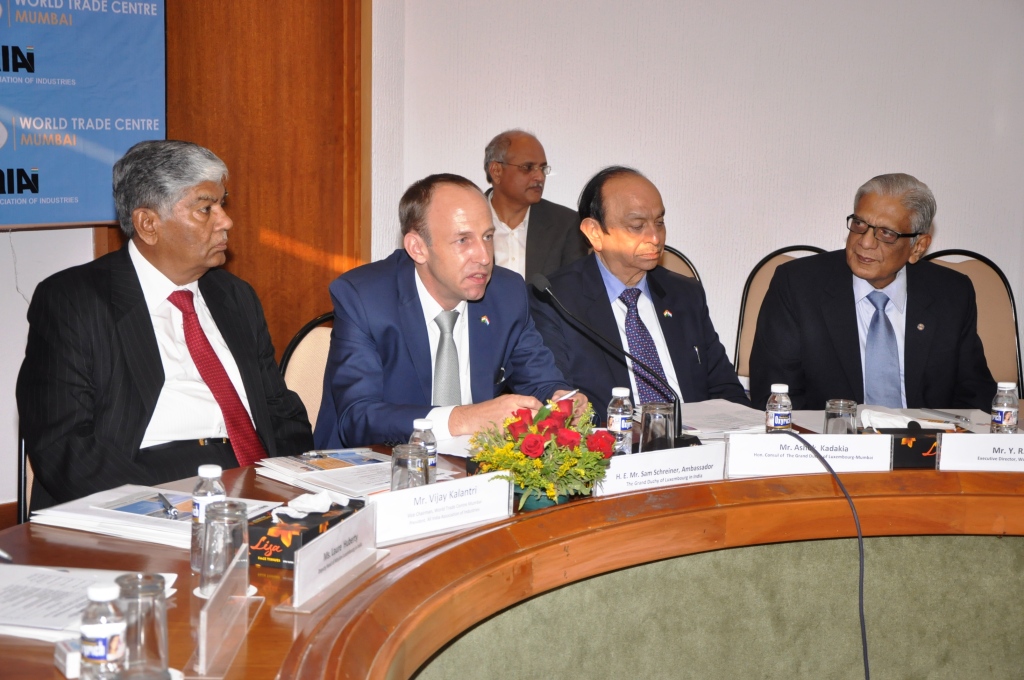 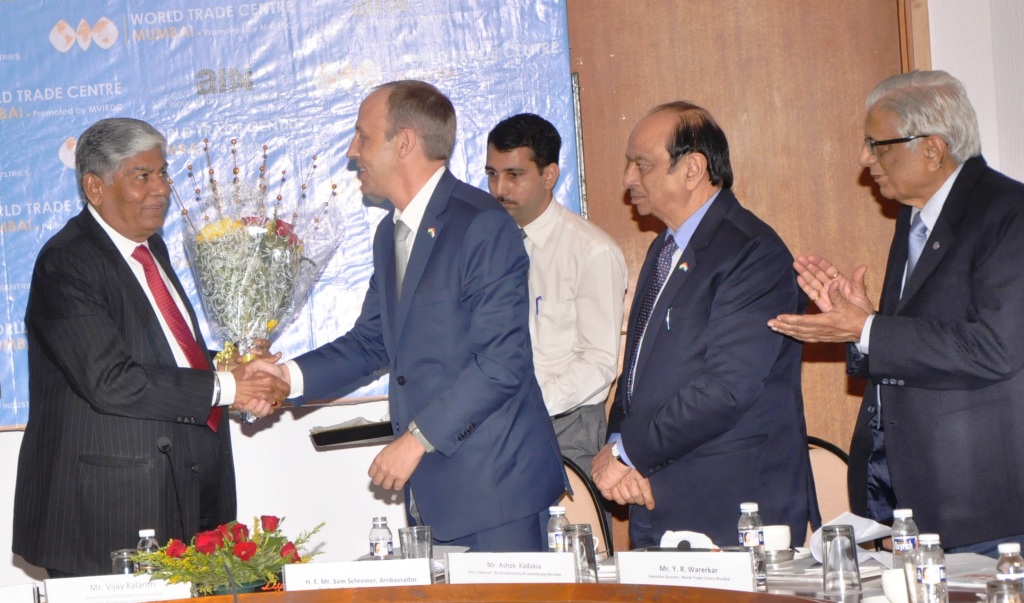