PFRDA aims to double the subscriber base of National Pension Scheme in a few years:Mr. Contractor
Press Release
by aiai-india

PFRDA aims to double the subscriber base of National Pension Scheme in a few years:Mr. Contractor

“Pension Fund Regulatory and Development Authority (PFRDA) has been notified by Government in 2014 with the main aim to promote and develop as a supervising regulator of pension and social security of people at large. At present there are only 2.6 lacs subscribers and the same is expected to grow manifold in the years to come ”, said Mr. Hemant Contractor, Chairman, Pension Fund Regulatory and Development Authority (PFRDA) during an interactive meeting with World Trade Centre Mumbai and All India Association of Industries.

The Regulatory Authority was mainly created as earlier the pensions were given from Government and State Budgets. The Pension System is now designed whereby 10% of an employee’s salary and Dearness Allowance (DA) is deducted and the same is equally contributed by the Government. All states have joined with the exception of West Bengal and Tripura. Till now, PFRDA has over Rs. 2,25,000 crore out of which Rs.  33,000 crore is invested in mutual funds added Mr. Contractor. 85% of the working people are in unorganized sectors and only 15% people are working in the organised sector. Such schemes are promoted by the Government to look after the welfare of people after 60 years and PFRDA has recommended that the Government promote the Scheme enrollment automatically as is done in many other countries. Mr. Contractor further said that additionally, leveraging the Pradhan Mantri Jan-Dhan Yojana, Atal Pension Yojana, and the National Health Protection Scheme can aid in efficient micro-insurance and micro-pension administration, thus increasing their penetration. There is also an urgent need to create a central repository of pension data to remove information asymmetry and increase actionable efficiencies.

Some of the schemes under National Pension Schemes include Atal Pension Yojna, Ayushman Scheme, EPFO, ESISC, Gratuity-based Fund, Maternity Fund which are being designed in a way to make them attractive such as providing them tax benefits which is not the case in other pension fund schemes. Currently, on an average 120 million people are 60 years of age which is the fastest growing in India, which has the capacity to increase to 180 million in 2030 and further to 300 million by 2050. Therefore, the Pension Scheme is being further designed to make it a soft pension scheme rather than a mandatory one, said Mr. Contractor. Mr. Contractor further added that countries namely UK, Turkey, New Zealand have attained an auto enrollment whereas in India government has to introduce more attractive schemes to increase enrollment, till auto enrollment comes in force.

Mr. Vijay Kalantri, Vice Chairman, MVIRDC World Trade Centre Mumbai said, “The Pension Act was the need of the hour. World over Pension funds are being used in various projects. A regulatory authority system brings in the feeling of safety and security. So the National Pension System is most timely Scheme of the Government and the latter should increase its scope and ambit as we have both organised and unorganised sectors. Mr. Kalantri suggested that the Banking Act also required a change. 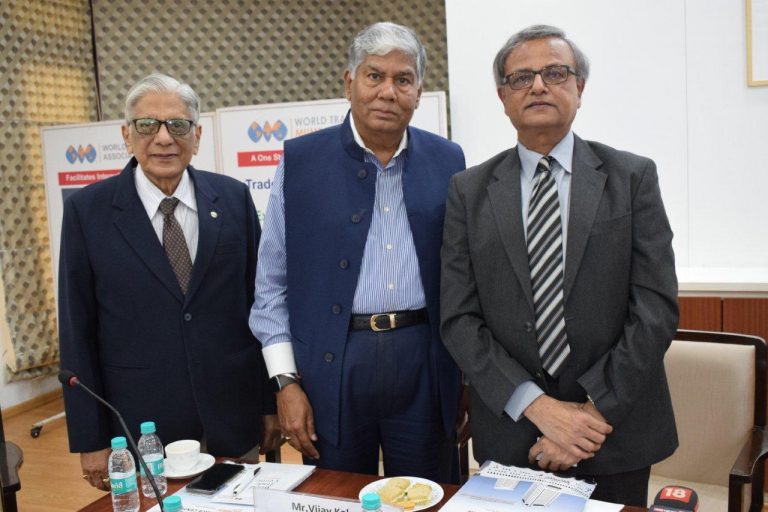 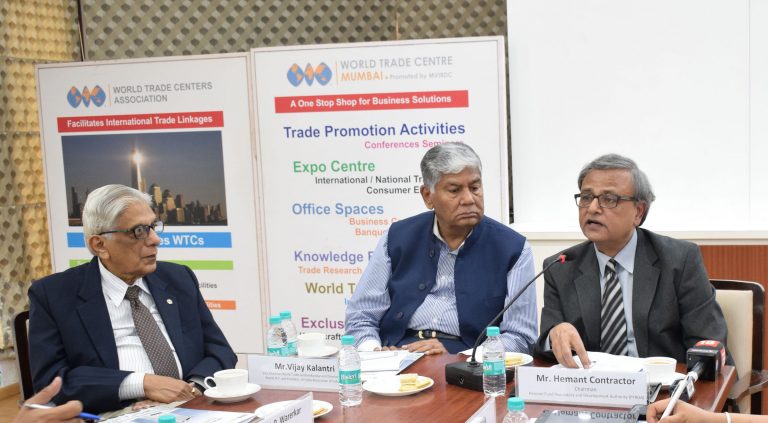