Leading a delegation in Mumbai to promote Polish agro and allied companies, Ms. Zofia Szalczyk, Deputy Minister, Ministry of Agriculture and Urban Development urged Indian exporters to bring teas, basmati rice, mangoes and spices to Poland. She urged the Indian companies to raise their benchmark of achieving the European Union standards as she said the opportunities are vast. The Deputy Minister was speaking to Indian exporters at the World Trade Centre, Mumbai on Monday September 14, 2015.

“Polish people will be happy to buy Indian rice, teas, spices as the Ambassador said initially. 60 years after the bilateral relationship, it is time to translate our diplomatic relations into mutual trade one,” said Ms. Szalczyk. She emphasized investments in higher technology in agricultural sector pays yield in the long run.

Szalczyk explained that till 11 years ago, Poland was an importer of all food products. They invested close to 40 million Euros in new technologies for farmers and that yielded positive results. Ms. Szalczyk suggested for Indian agriculture to reach newer heights, “The state needs to subsidise agriculture and help the farmers economically. The farmers need to be educated, especially about soil, weather changes, the irrigation methods and other information useful for their farms.” Her motto is, “Encourage investments to motivate farmers to stay in their farms.”

Ms. Szalczyk was accompanied by the Ambassador Tomasz Lukazsuk said the Annapurna exhibition was helping opening doors on Indian markets. Lukazsuk said that Polish food products were already in Indian markets and now they wanted Indian products to hit Polish markets. “We need rice in Poland and we urge Indian companies to bring their Basmati rice to us. The Indian Spices has a big market as we get it in large numbers. But most of all we don’t have mangoes too. You will have a big market there,” said the Ambassador.  He added, “We will be holding a food exhibition and we call upon Indian companies to come in large numbers to showcase their products for exporting to Poland.”

The Polish government delegation also included Mr. Tadeusz Klos, Main Inspector of Plant Health and Seed Inspection who explained to the Indian exporters the EU standards and practices to have be adhered to.

In his opening remarks, Mr. Vijay Kalantri, the Vice Chairman of World Trade Centre Mumbai said he was confident the bi- lateral trade between India and Poland would increase from $ 2.5 billion to $5 billion in next two years. He assured the Polish delegation of helping Indian traders with their tradeconcerns. “We will help Indian companies to export to Poland to enhance the trade prospects between the two countries,” said Mr. Kalantri.

The Executive Director Mr. Y. R. Warerkar felicitated the members. Mrs. Rupa Naik, Director (Projects) in her vote of thanks appreciated the Deputy Minister for her support for Global Economic Summit ‘Enabling food for all,’ which she promised to attend. “GES won’t be complete without the Polish participation,” said Mrs. Naik. She thanked the delegates and the distinguished guests for leading a delegation to promote agriculture and other allied sectors. 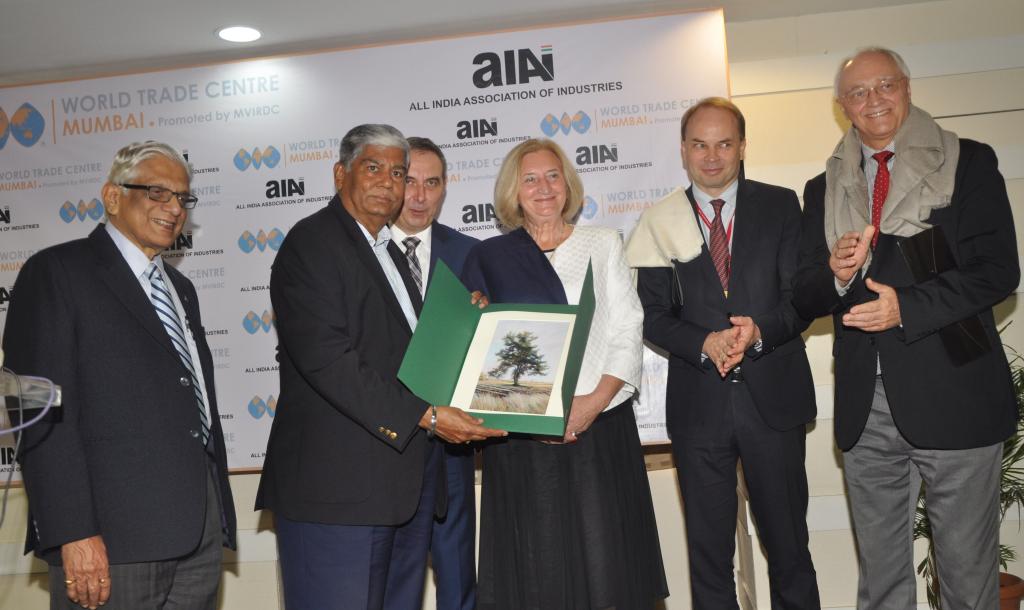