The former finance minister, Yashwant Sinha was critical of the Reserve Bank of India. He emphasised that the RBI needs to reduce interest rates. The central bank has been stingy in reducing repo rate, especially now that the inflation is under control. “I am shocked the RBI has cut in such small portions the repo rate which the banks have not reduced. It should surprise with 75 basis points and reduce the interest rates.” Sinha continued his criticism of Raghuram Rajan, the Governor of RBI, “Only a bad economist will say that once can control food inflation through monetary policy. We started to attack food inflation by increasing the interest rate. We have recovered from the slow down through efforts and now the RBI governor needs to cut interests by 2-3% to give impetus to the industry.”

Sinha spoke at a function in Mumbai. The All India Association of Industries and World Trade Centre felicitated Yashwant Sinha, Former Union Minister for Finance and External Affairs, Government of India on being conferred “Officer of the Legion of Honour” The highest French Civilian Distinction by the Government of France.

Sinha expressed shock that the RBI is not stringent in implementing the rate cuts. “How can the central bank ask the private bankers to implement interest cuts and these banks are refusing to do it. We cannot have such a situation. I have recommended that RBI needs to categorize the defaulters and not punish all people. It is time RBI took some responsibility on itself,” said an emphatic Sinha.

Sinha feels the firewalls between the central government and RBI need to be removed, as this is an opportune time for India to become a leader in Asia and world. “India has proved to the world and we have consistently taken steps in the right direction. Corporate Debt Restructure is not the only solution. Business sector needs to be given relief. As a finance minister, I gave impetus to remove hurdles and support good projects. The current recessionary trend in Euro Zone we are seeing people are looking towards India. We should not miss this opportunity and government should do everything to support the manufacturing sector,” said Sinha.

“First ‘Make in India’ and automatically Make in India will follow. As a finance minister I was laughed at when we went ahead to build national highways and roads. We did not have the equipment and I helped to reduce the import duties on the equipment required to build these highways and roads. Once I reduced the duties, we are today making these machineries. I strongly believe, we first should Make in India,” said Sinha. Sinha also urged the micro and small scale entrepreneurs to now grab the opportunity to collaborate with foreign firms instead of depending on the governments.

“It is an excellent time for the micro and small entrepreneurs to grab the opportunity instead of blaming the administration. PM has gone out to every important country in the world that can help make in India. Many of these countries have strong MSME sector. Now it is the responsibility of the MSMEs here to connect and collaborate,” emphasised Sinha.

In his welcome address, Kamal Morarka, the Chairman of World Trade Centre (WTC) Mumbai recalled his association with Sinha as Parliamentarian. Morarka said it was personally a great honour to felicitate Sinha. “Sinha has vast experience in political life and it is a huge achievement. Sinha has vast knowledge in different fields and we have seen him as a fine minister of external affairs and a finance minister who has given one of the best budgets,” said Morarka. He further appreciated Sinha’s political acumen and the positive impact Sinha has made. Morarka emphasised, “This is an extraordinary honour, appreciating the efforts Sinha has taken as an external affairs minister and he is the first Indian politician to be conferred this honour.”

In his vote of thanks, Vijay Kalantri, the President of All India Association of Industries (AIAI) said, “Sinha had presided over the Chair of the India-France Parliamentary group, made my contribution and this is in recognition of all his efforts to improve ties between India and France.” Kalantri added, “Sinha’s observation on Make India is important. As finance minister Sinha implemented saral forms and abolished the Dividend Tax. He was also the one to bring inflation under control. He was the finance minister who brought stable policies and created a good political and economic environment.”

Shatrughan Sinha, Member of Parliament too was present on this occasion.  The function was very well attended by Industrialists, Consular Corps and eminent persons from all walks of life. 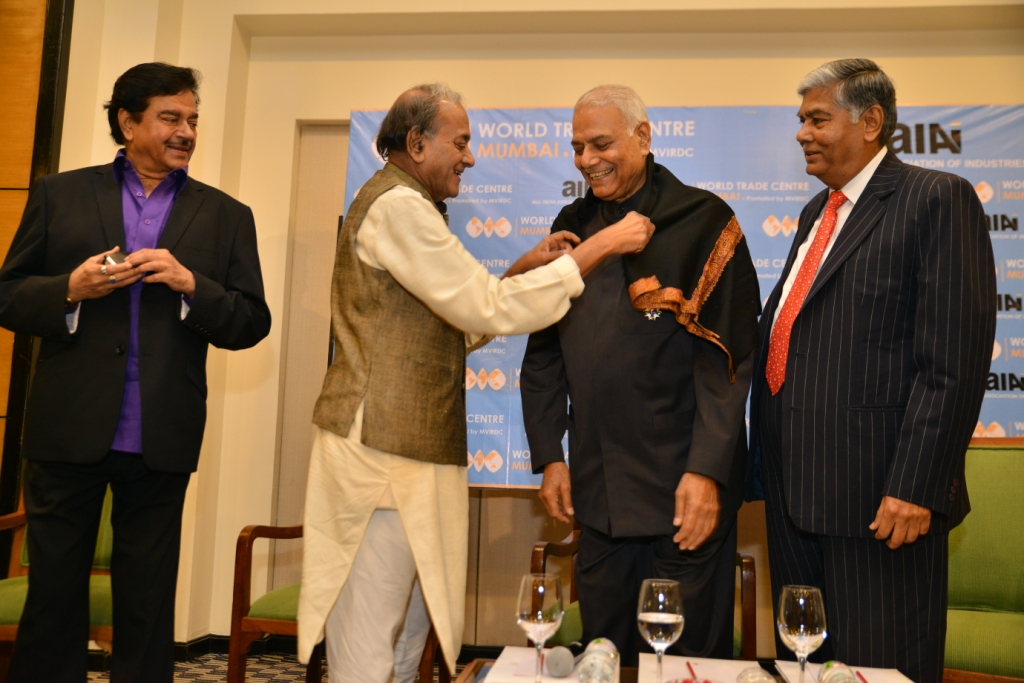 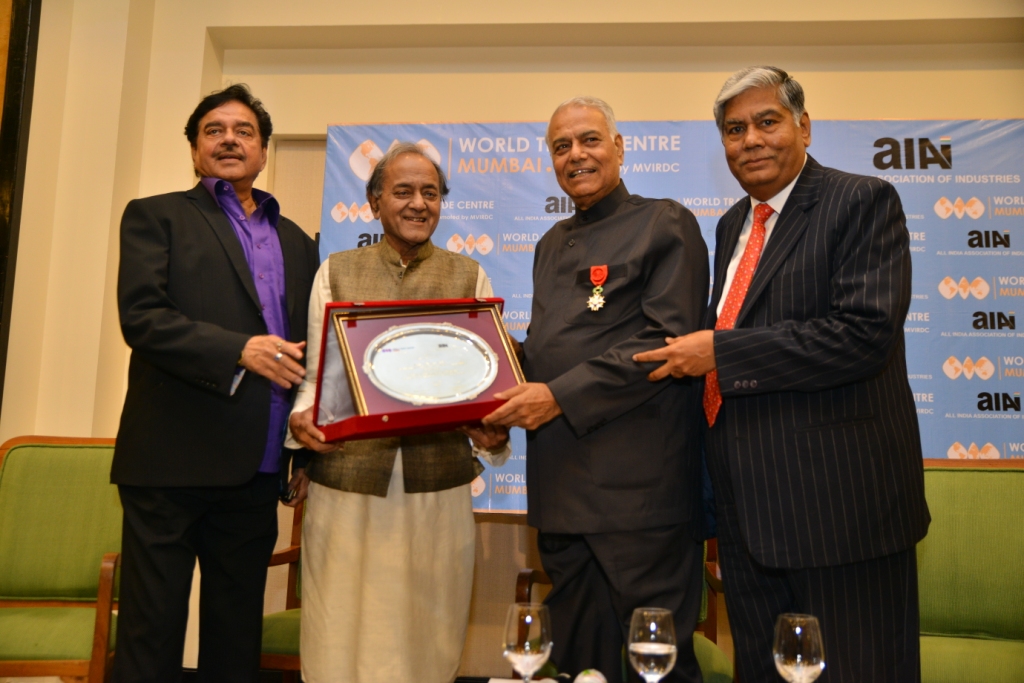