A 20-member delegation from Taiwan, led by Chien-Nan Kuo, CEO Yu Tong Steel reached out to the Indian investors and members of World Trade Centre Mumbai. In a joint effort to encourage bilateral trade, an ‘Interactive meeting on 2015 Taiwan Trade Mission India,’ was organized by All India Association of Industries, WTC Mumbai and Taiwan External Trade Development Council on May 15, at the World Trade Centre.

In her welcome address, Emma Yang, Director of Taipei World Trade Centre presented the Taiwan delegation with a warm ‘Namaste’. Yang highlighted the grand food fair that is organized annually in Taiwan. She announced a joint delegation of WTC Mumbai and WTC Taipei to the food fair. “We are going together as a joint delegation with AIAI and WTC Mumbai to attend the Taiwan food fair.” Adding, “Taiwan is a very important market for international investors and is seen as a good testing market for Asia.”

Rupa Naik, Executive Director, All India Association of Industries in her opening remarks called the visit an encouraging development in Indo-Taipei ties. She said that there were ample opportunities for investments in India. Apart from Mumbai, Ms. Naik emphasized the immense scope for new projects and investments in Bhubaneshwar, Jaipur and Goa. Ms.  Naik also called upon Indian investors to visit Taipei. “Taipei has been a leader and matched the competitive spirit of China. We now need to bring them to invest in our states. The Taipei World Trade Centre organizes many fairs and our members can avail of this business opportunity,” said Ms. Naik.

Richmond from Get Kuang Enterprise expressed his happiness over India’s progress and expressed a lot of confidence under Prime Minister Narendra Modi’s leadership. “You have a huge population that can actually boost the economy and under Modi’s leadership Indian economy is sure to overtake China and America.”

While answering a question from an Indian consultant as to how Taipei will compete with China’s aggressive marketing in India, Yang said, “We have brought large companies to Gujarat when Modi was the CM, like China steel company, thanks to his open door policy.” She mentioned the other sectors where companies have entered the Indian market and reposed confidence that under Modi’s leadership more such investments will be made. “Our country is small but we are strong and advanced in technology. Indians cannot imagine a small country can give stiff competition to large markets like China.”

Executive Director, Y R Warerkar in his vote of thanks appreciated the efforts of Taipei World Trade Centre organized by Emma Yang. “Taiwan and India have been growing steadily due to mutual cooperation in science and technology, culture and educational exchange,” said Warerkar. He also mentioned the recent visit to Taiwan by WTC Chairman, Kamal Morarka and Vice Chairman Vijay Kalantri along with other officials. 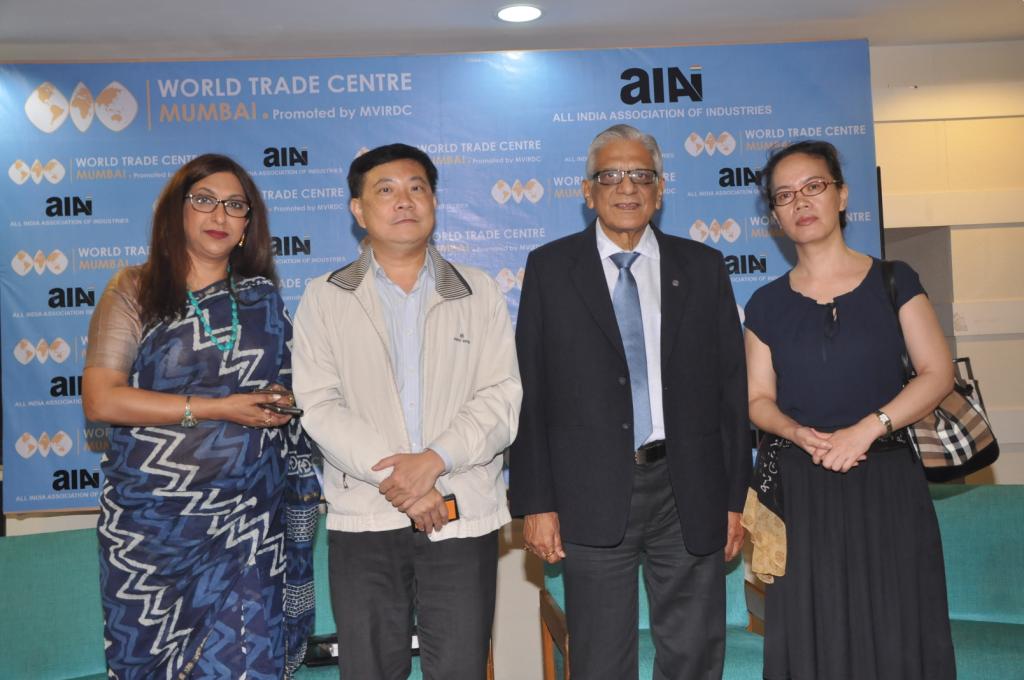