Mr. Vijay Goel, Founder, Indo-EU Business Forum while  addressing the members of  All  India Association of Industries, Bombay  Stock Exchange   and   World  Trade Centre, Mumbai said that ,“The  Indo  European Business  Forum  is  a free  meeting  place for   business leaders and professionals  to  connect,  network  and   share  knowledge relating to doing business in India and the EU, IEBF  has taken a big  step forward in the  direction  of  achieving its  mission by  opening  an  India chapter. The India chapter would further synergize with efforts of the UK office in order to take its activities to even greater heights. Mr. Goel led a high level business delegation of 27 delegates representing businesses from UK, Lithuania, Italy and Greece to India to promote trade.

IEBF is supported by leading personalities from India and EU from a variety of sectors. Our advisory board consist of people who shape the world.

He added the aim and objective of mission is to, provide a platform to share knowledge, experience and opinions related to doing business in India and EU. As well as share information related to resources available on print media and on the internet that offer knowledge, information and expertise of doing business in India and EU. Adding that it also seeked to share relevant data amongst various UK, EU and Indian companies who wish to exploit Commercial Opportunities in India and EU and to organize events to share such data amongst interested participants.

Mr. Ashish Chauhan,  MD &  CEO , Bombay Stock Exchange  said  that ,  “Bombay Stock Exchange Ltd.  (BSE) is  Asia’s first and  the  Fastest  Stock Exchange in world with  the speed of  6  micro second and on  the India’s leading exchange groups. Over the past 140 years, BSE has facilitated the growth of the Indian corporate sector by providing it an efficient capital raising platform. Popularly known as BSE, the bourse was established as ”The Native Share & Stock Brokers’ Association” in 1875.

BSE’s  popular  equity  index  –  the  S&P  BSE SENSEX – is India’s  most  Widely   tracked   stock market  benchmark  index.   It   is   traded internationally on the  EUREX as well as leading exchanges of the BRCS nations (Brazil, Russia, China and South Africa).

Mr. Vijay Kalantri, President, All Indian Association of Industries said that, “We at the All India Association Industries (AIAI) receive over 60 delegations during the year with a objective to promote bilateral trade between India and other major countries. We should look at some focus sectors to promote Trade between UK and European countries for better results, as Europe and UK are not only the investors in India, but we to need exchange technology transfers, promote joint ventures and import-export amongst UK and European countries.”

The meeting was attended by over 250 delegates from India and overseas besides Consul Generals / Trade Commissioners of European countries and others and it was a very successful Networking Session. 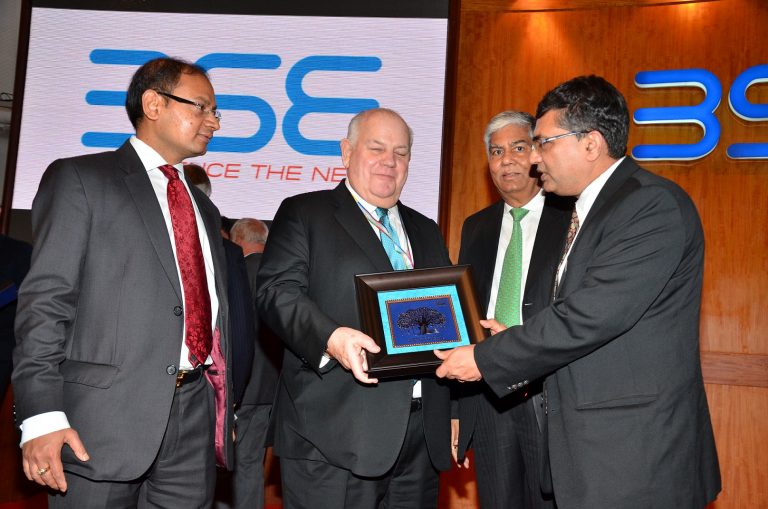