The eighth edition of the Delhi Dialogue on the theme ‘ASEAN-India Relations: A New Paradigm’ got under way in NEW DELHI from February 17, 2016 with Mr. Anil Wadhwa, Secretary (East), Ministry of External Affairs, Government of India, giving a clarion call to those ASEAN member states who had not ratified the ASEAN-India Agreements on Trade in Services and Investments to endorse the pacts entered into last year.

Delhi Dialogue VIII was organized jointly by the Ministry of External Affairs, Government of India, the Federation of Indian Chambers of Commerce and Industry (FICCI) and Institute of Defence Studies and Analyses.

Mr. Wadhwa in his inaugural speech said, “So far India, Brunei Darussalam, Malaysia, Myanmar, Singapore, Vietnam and Thailand have ratified the agreements. Lao PDR has ratified the Agreement on Trade in Services which came into force on 15 September 2015. Ratification of Agreement on Trade in Investment for Lao PDR, ratification of Agreements on Trade in Services and Investment by Cambodia, Philippines and Indonesia is awaited. Furthermore, the ASEAN-India Trade Negotiating Committee has been tasked to undertake a review of the ASEAN-India Trade in Goods Agreement, which came into effect on 1 January 2010, to optimize utilization.”

He said that enhancing India-ASEAN trade is a priority area under the new Plan of Action to implement the ASEAN-India partnership for peace progress and shared prosperity (2016-20). The Plan of Action envisages a number of steps in the areas of Trade and Investment, Finance, Transport, Food, Agriculture, Forestry, Information and Communication Technology, Tourism, Science, Technology and Innovation, and Mining and Natural Resources Management.

Mr. Wadhawa noted that negotiations on the Regional Comprehensive Economic Partnership (RCEP) have moved satisfactorily, with modalities being agreed in August 2015. “If the technical negotiations, which are under way, are completed swiftly, RCEP may turn into a dynamic reality very soon, particularly if we simultaneously succeed in forming regional value chains and production networks. With the TPP becoming a reality, expediting RCEP is in our interest,” he pointed out.

The Secretary said that in order to fully utilize the potential offered by the ASEAN-India Free Trade Area, there is a need to focus on building complementarities which can generate   the necessary goodwill and trust.

“Our government is keen to facilitate cross border trade between our North Eastern States and neighbouring ASEAN countries by setting up more border trade points and border ‘haats’. Under the MOU on Border ‘Haats’ along the India-Myanmar border signed in 2012, it has been agreed to set up 9 ‘Haats’ or markets in the states of Arunachal Pradesh, Nagaland, Manipur and Mizoram. We have two Lands Customs Stations at Tamu-Moreh in Manipur and Rhi-Zowkhathar in Mizoram, and the Land Customs Station at Moreh is being upgraded into an Integrated Check Post,” Mr. Wadhwa observed.

On the programme ‘Start-up India, Stand-up India’, he said the Government of India has announced a 19-point action plan in January this year for setting up of Start-ups which would work towards innovation, development, deployment or commercialization of new products, processes or services that are driven by technology or intellectual property. He hoped that the Dialogue would come up with the broad contours of an ASEAN-India ecosystem to facilitate the convergence of technology, integration across diverse fields, distributed architecture and people willing to back an idea.

Mr. Vijay Kalantri, President, All India Association of Industries, said that the Delhi Dialogue is an effective platform to enhance our trade and investment with ASEAN. However, “we need to organize more meetings and panel discussions on a regular basis with ASEAN to explore trade and investment opportunities. We are looking at the West. We should focus on ASEAN not only because of the close proximity in terms of distance but more so because of the global crisis – ASEAN is an area we should seriously work with together to promote trade,” he said. An impediment which has not allowed trade to grow is lack of infrastructure such as rail, road, air and marine connectivity, he said and suggested that with regard to FTAs there is a need to look more closely at them and explore areas such as Digital, Renewable Solar Energy and Manufacturing for cooperation. There is also a lot of scope for SMEs from ASEAN and India to cooperate for collaborations, he said.

Start ups and Digitization – The Way Forward: The key points heighted in this session include:

In the valedictory sessions, it was noted that the Delhi Dialogue is the ideal format for Business, Ministers and Academics in the two regions to cooperate and engage in dialogue. 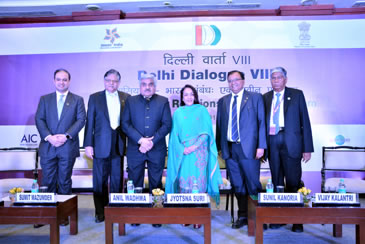 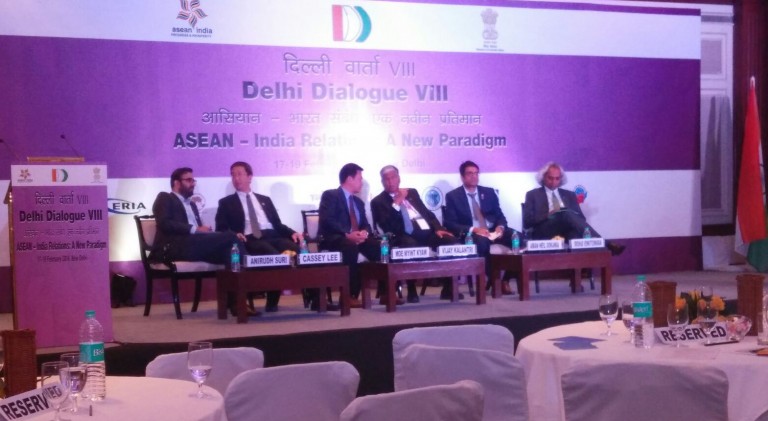 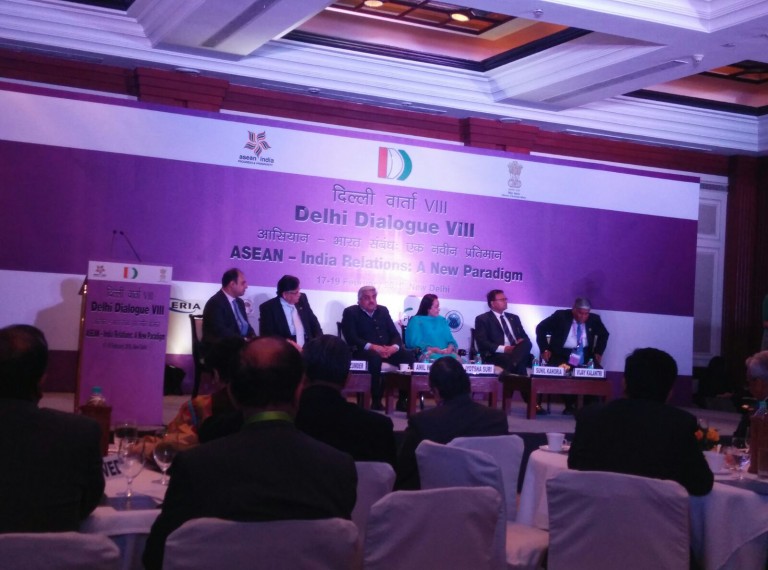 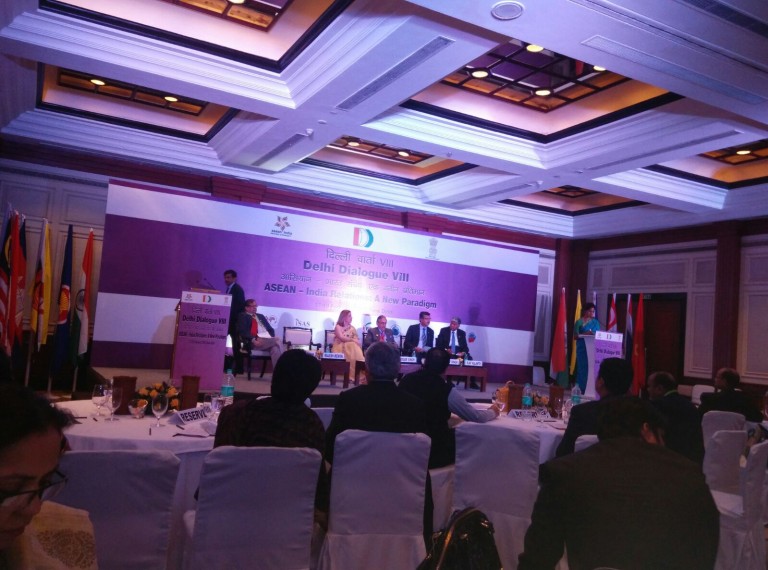