Top Indian economists feel that India’s strong macro fundamentals will protect itself against any Brexit adverse impact, but the Indian businesses in the UK will feel the heat of the visible changes in several business laws

Even as experts undercut the near-term economic impact of Brexit on India as an idiosyncratic regional shock, they sounded caution on the long term growth as the wave of de-globalisation may threaten growth in India’s exports.

“The short-term growth impact on India is minimal because of strong macroeconomic fundamentals. We are under-worrying about the medium term impact of BREXIT and over-worrying about its short-term impact,” said Sajjid Chinoy, Chief India Economist, JP Morgan at an interactive session on ‘Brexit: Impact on Indian Economy’ conducted jointly by World Trade Centre Mumbai and All India Association of Industries (AIAI) at WTC Complex today.

Chinoy pointed out that the Brexit was a political event. With many other EU member countries facing election, will they also take the protectionist route is the most pertinent question post-Brexit.

“India’s strong growth of 8-9 per cent during 2003-09 was led by double digit growth in exports. However, in the last few years, Indian exports have been growing in single digits. The growing voice of de-globalisation post-Brexit referendum may affect India’s exports more and therefore Indian policymakers must introduce long term economic reforms to boost domestic consumption,” Chinoy added.

Chinoy remarked that the benefits of globalisation are distributed unequally among different sections of the population. The middle and lower income people around the world who are affected adversely by globalisation would influence the pace of globalisation and this would affect India’s exports adversely.

Seconding the argument of Chinoy, Dharmakirti Joshi, Chief Economist at the leading credit rating agency – CRISIL – pointed out that CRISIL has not changed its forecast for India’s economic growth for 2016-17 and remains at 7.9 percent. The impact of Brexit on India would be limited to Indian businesses in auto parts, textile and information technology sector.

“India has a sound macroeconomic background. But our two weak areas are private sector investment (due to weak balance sheet) and the Non-Performing Banking assets,” stated Joshi.

“Indian companies that have exposure to UK, volatility in commodity prices, companies that have unhedged overseas borrowing may be hit by currency volatility. There is no single country that can replicate the financial system of UK. Under this situation, if the relationship between UK and EU changes, some firms will have to move their headquarter from UK. So, companies with exposure to UK and EU may face rise in compliance cost and administration cost,” Joshi added.

Speaking on the legal impact of Brexit on Indian companies, Ran Chakrabarti, Partner, IndusLaw suggested that companies dealing with the UK firms must include a termination clause that would enable them to end their business with their UK counterpart in case the terms of the UK’s exit negotiations would make it their contracts unviable.

“Legal consequences are going to be critical for companies having business in UK or the EU over the coming years. If no agreement is reached, UK’s trade with the EU would come under the rules of WTO. UK may not have a say in the making of EU laws. Existing consumer protection, financial services, product liability laws of the EU will have bearing on the traders in the UK,” Chakrabarti pointed out.

“I suspect, UK would have to have bilateral agreement with each member of the EU. But this may trigger reciprocity on the part of other members. UK may treat Eastern European countries’ nationals as it treats citizens of India and the USA. Those laws favour professionals over low skilled labour. If UK adopts this measure, this would impact businesses in the UK that relies on low skilled workforce from the eastern European countries,” he added.

The most earth shattering consequence of Brexit is that UK would no longer be in the seat to formulate the regulations of financial services sector of the EU, felt Chakrabarti, who also raised a concern of London’s premier position as world’s biggest financial centre post Brexit.

“How the EU and London work out the legal modalities post Brexit in the next two years will be a game of poker and an interesting one to watch,” he concluded. 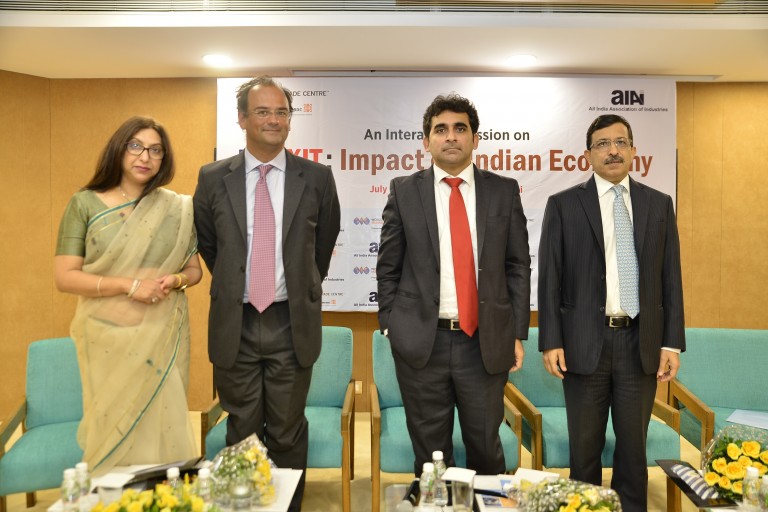