Construction of Navi Mumbai airport to be completed by 2020, says Gagrani
Press Release
by aiai-india

Construction of Navi Mumbai airport to be completed by 2020, says Gagrani

Seamless connectivity to slash travel time to less than an hour in metropolitan area by 2025, says Madan

“Construction of the proposed Navi Mumbai Airport, India’s largest airport with passenger handling capacity of 60 million per annum, will be completed in the next two years. The first runway of the airport will be ready by December 2018. Almost 30% of site preparation has been done for the project. The airport project will generate huge employment opportunity and it will work as a growth engine. More than Rs 1 lakh crore of investment is coming up on a 50 km radius surrounding Navi Mumbai. These projects include the proposed NAINA Smart City Project, Navi Mumbai International airport project, Dedicated Freight Corridor Project, Panvel-CST Metro Line and so on. Work on these projects has started on ground and I expect them to be completed in the next 3-4 years,” said Mr. Bhushan Gagrani, IAS, Managing Director, CIDCO at the Panel Discussion on ‘Infrastructure Development in Maharashtra Vision 2025’ organized by All India Association of Industries (AIAI) and World Trade Centre Mumbai.

Mr. Gagranifurther pointed out that once the airport and other infrastructure projects are ready, the area of Navi Mumbai will become 600 sq km, larger than Mumbai which is spread across 400 sq km.

Mr. Gagraniadded, “WTC Mumbai and AIAI were the first to organize an interactive session on Delhi-Mumbai Industrial Corridor (DMIC) project and the press conference on the ambitious ‘Make in India’ Campaign. These two projects turned out to be successful interventions.”

Speaking on this occasion, Mr. U.P.S. Madan, IAS, Metropolitan Commissioner, MMRDA said, “MMRDA aims to connect all areas of the city seamlessly so that commuters can reach anywhere in Mumbai within an hour by 2025. To achieve this objective, the authority is implementing Rs 1.28 lakh crore worth of Mumbai Metro Corridor (which includes 12 metro rail projects and one monorail project) across 296 km. Never before in the history of Mumbai have we implemented such magnitude of projects. These projects have the potential to double the capacity of public transport in Mumbai Metropolitan Region by increasing the ridership by 1 crore people. Besides this, MMRDA will begin work on the ambitious 126 km Multi Modal Corridor Project by the end of 2018 to connect Virar and Alibaug.”

Mr. Madan further informed that the bids for the airport metro (connecting Chatrapati Shivaji International Airport (CSIA) to the proposed Navi Mumbai Airport will be called soon once the detailed project report is finalized.

As part of its e-governance initiative, MMRDA will also introduce a digital platform for online application of building master plan by architects by June 2018. MMRDA is also working on an electronic system for maintaining files of various departments and a software for online approval of building plan applications by the concerned Assistant Municipal Commissioners.

Dr. Mukherjee announced the beautification of the 40-km long Tansa water pipeline by inviting artists to paint and express art. This project will create a wall of Bollywood, a wall of cartoon, a wall of artists and so on. The municipal body will also set up a cycle track on certain stretches along the pipeline.

MCGM will also begin work on the ambitious Mumbai Coastal Road Project before Monsoon. This is an area development project spanning 81 hectares of open green space with the potential to generate 1 lakh direct and indirect employment, reduce carbon emissions and fuel bill. MCGM is expediting implementation of the long delayed Goregaon-Mulund link road. The corporation will also implement sewerage treatment projects so that the city can reuse sewage water for non-potable purpose within the next five years. In the transport sector, MCGM will introduce passenger information system to enable smart commuting for passengers by September 2018.

Dr. Mukherjeefurtherinformed that the Municipal Corporation aims tomarry Development Plan which is a long term document with its Annual Budget.

In his remarks, Mr. Neeraj Bansal, IRS, Chairman, JNPT said, “JNPT is planning to introduce a new technology platform, known as Uber-Cab like Model, to assist exporters and importers in speedy movement of cargoes by May 2018. This model will reduce truck traffic by 30% and save logistics cost by Rs 10,000 per cargo. JNPT will also set up 4 dry ports, one each in Wardha, Sangli, Nashik and Jalna to aggregate cargoes from SMEs in these regions. 30% of the import cargo handled by JNPT is bound for warehouses in Bhiwandi. JNPT will ferry this cargo to Mumbai Port Trust through barges in order to reduce road cargo traffic. JNPT is also promoting inland water transport in Maharashtra.”

Speaking about the Direct Port Delivery (DPD) model, Mr. Bansal said already 38% of import cargo is moved under this model and the Port aims to increase this to 70% by end of September 2018, which will reduce the cost for importer and exporter. Currently, 1600 clients are benefitting from the DPD model, under which the cargo is transported directly from the port to the factory gate instead of detaining at Container Freight Stations.

Mr. Bansal concluded by pointing out that most of the cities that are big and prosperous are port-based starting from Mumbai in India because port-led growth not only helps the port but also total region.

Mr. Kalantri further remarked, “Most countries that have developed smart cities and new cities have witnessed economic development not only in the heart of the city, but also in the adjacent areas, which decongests the city and boosts overall regional development.”

The Panel Discussion was moderated by Ms. Sangeeta Jain, Director, All India Association of Industries (AIAI). 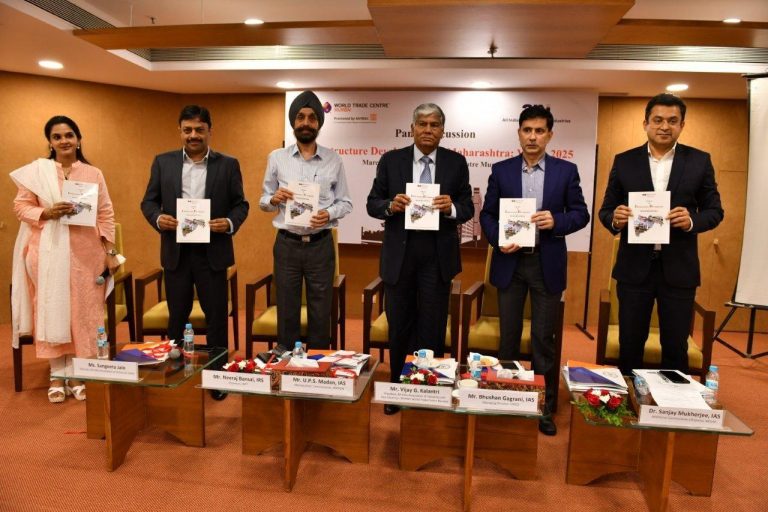 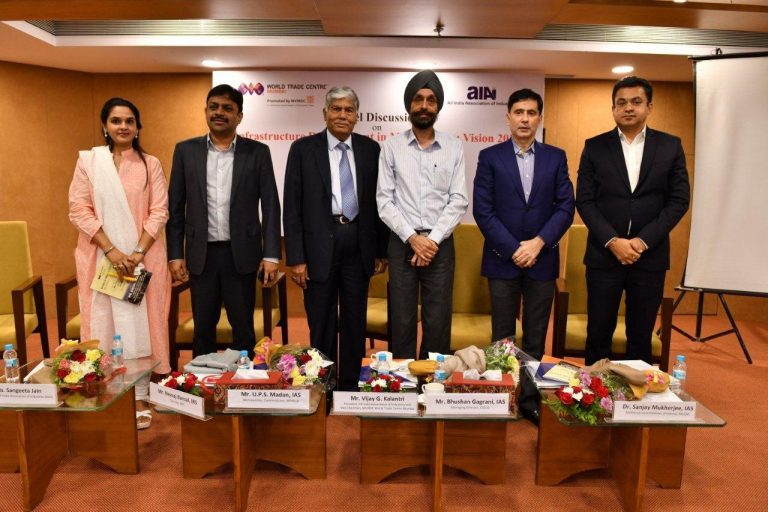