India should be the first to adopt digital currency, opine experts
Press Release
by aiai-india

India should be the first to adopt digital currency, opine experts

India should be the first to adopt digital currency, opine experts

In a panel discussion on ‘Future of Black Money’, organized by All India Association of Industries (AIAI) and World Trade Centre Mumbai, India’s leading experts on digitization and economists agreed that India had the opportunity to be the first country to implement a completely digital financial framework by adopting Bharat Coin – a digital currency on the lines of Bitcoin – and by redefining the legal tender in the wake of an unexpected demonetization. The participants felt that demonetization alone would not result in reducing counterfeiting, anonymous terrorist funding or curbing the black money.

Welcoming the participants, Mr. Vijay Kalantri, President, AIAI said, “The demonetization move will have a profound impact in the long run.” He reminded them that it was not fair to compare the current demonetization move with that of 1978, as the latter replaced a mere 3% currency in circulation, as against 86% today. Big reforms such as demonetization needed meticulous planning and, as its success lies in effective implementation, India had a wonderful opportunity to move to the next level.

Dr. Ajit Ranade, Chief Economist, Aditya Birla Group, said that one needed to be cautious about using Bharat Coin to counter black money. “Black money is not static. We must first correctly define and understand black money. Policy makers would also need to tackle tax evasion and widen the tax net. India’s tax to GDP ratio is among the lowest and it is important to rationalize and widen the tax base by using technology.”

Mr. Saurabh Mukherjea, CEO of Ambit Capital, said that the government would need to use various innovative methods to promote a cashless economy by limiting the supply of cash. He expected the government to bring in a host of measures to further tighten generation of black money. These may include discouraging cash withdrawals, widening the income tax slabs and other means to discourage hoarding of cash.

The proposed Bharat Coin would use hacking-proof blockchain technology and envisages considerable investments for implementation. Dr. Ranade and Mr. Mukherjea felt that such a move would require deft handling to ensure that the burden of the cost of implementing the digital technology did not go to the unprivileged.

Mr. Mukhi felt that it would be yet another revolutionary step by the government and the RBI to introduce the proposed Bharat Coin, as it could bring in the much needed transparency in the system. He will be presenting a white paper on the concept to the government. 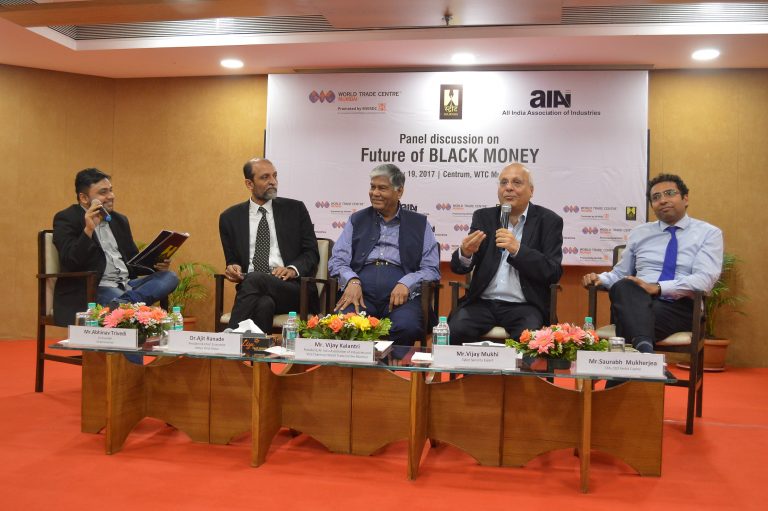