Adnan YILDIRIM, Deputy Minister of Economy, Turkey expects the trade between India and Turkey to rise three-fold from $7.49 bn in 2014 to over $22 bn in the next 5-7 years supported by favourable business climate in both the countries. He shared this view while delivering the keynote address at the Turkey–India Business Forum, jointly organized by the MVIRDC World Trade Centre, the All India Association of Industries (AIAI), Ministry of Economy, Republic of Turkey, Turkish Exporters Assembly and Aegean Exporters’ Associations.

He said the Indian government’s high-impact initiatives like ‘Make in India’, ‘Digital India’ and the Turkish government’s investor-friendly policies augur well for strong commercial ties between both the countries.

Finding a common ground on the development priorities of both the countries, the minister made a case for India to renew and redefine its trading partnership with Turkey. YILDIRIM expressed interest in pursuing an Indo-Turkish free trade agreement (FTA), which has been a long-pending proposal of both the governments.

Further, he wanted the business community in both the countries to discover business opportunities in more areas. Specifically, the minister suggested trade and investment opportunities in automobile, construction, infrastructure, pharmaceuticals, food processing and tourism – which have huge growth potential.

Riza SEYYAR, Chairman of Agean Fresh Fruit and Vegetables Exporter’s Association, is hopeful that the volume of the intra-Asian trade would rise significantly from the present level of $ 3.08 trillion if Indo-Turkish bilateral trade gains momentum.

SEYYAR, who represents 60,000 exporters in Turkey, said while India is exporting $6.9 bn worth of goods to Turkey, it is importing only $590 mn worth of goods from the country.

He opined that the favourable international developments like falling crude oil prices, recovering US economy would enhance growth prospects in these two countries and hence contribute to a sustainable bilateral trade.

Serdar AKINCI, Head of Department, Ministry of Economy Turkey gave an overview of the emerging macroeconomic trends in Turkey and listed the investment incentives provided by the Turkish government.

Speaking at the event, Vijay Kalantri, Vice-Chairman, MVIRDC World Trade Centre and President All India Association of Industries (AIAI) assured the Turkish delegation that his organizations would pursue with the Indian government to have an FTA with Turkey. Echoing the views of the minister, Kalantri said it is the most opportune time for both the countries to explore business opportunities with each other. Pointing out to the geographical advantage of Turkey, Mr Kalantri said the country would act as a hub for India’s investment in the European continent, North Africa and the Middle East. 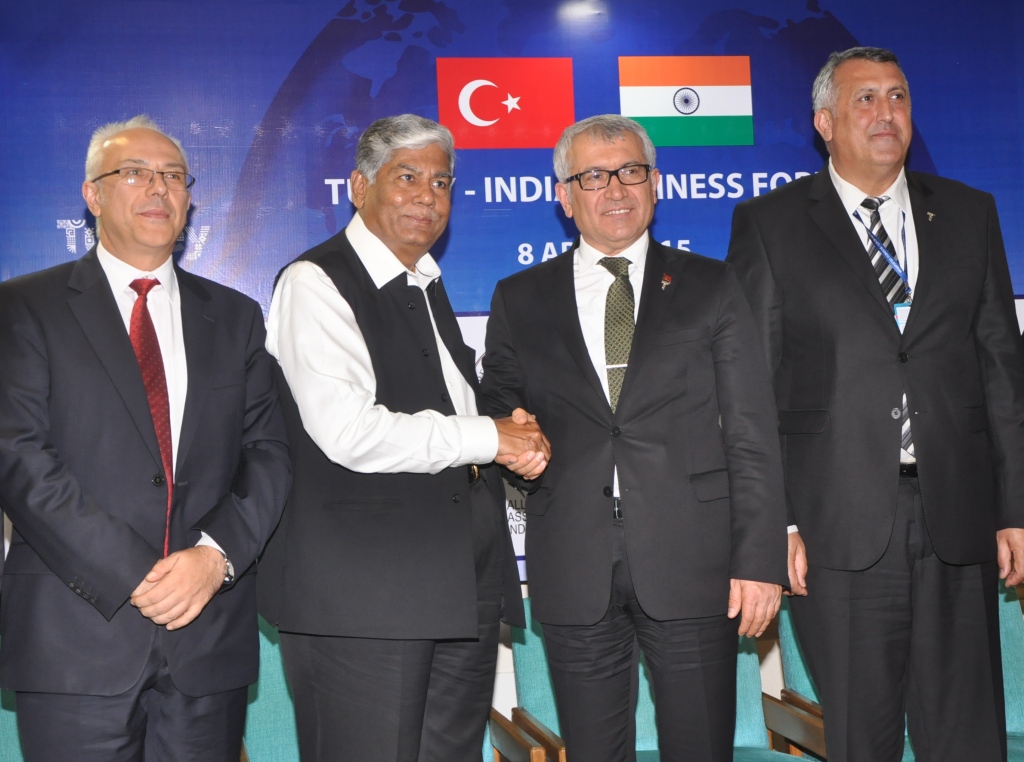