“Lithuania seeks to broaden economic and trade relations with India. Lithuania has a strong industrial base and is technologically highly advanced. There are many potential areas where Lithuania and India can successfully cooperate. Lithuania is keen to forge ties with India to work together in Laser Technology. Laser technology can be put to multiple uses such as detecting air pollution, ensuring national security besides wide applications in optical industry, diamond processing and medicine”, said H.E. Mr. Laimonas TALAT-KELPSA, Ambassador, The Republic of Lithuania during an interactive meeting with the Ambassador jointly organised by MVIRDC World Trade Centre and All India Association of Industries.

Elaborating further on prospects of broadening Indo-Lithuanian relations H.E. Mr. Laimonas TALAT-KELPSA said that besides cooperation in laser technology, Lithuania and India need to strengthen bilateral trade. The present level of trade is marginal with total value of two-way trade at Euro 55.53 mn. Lithuania could supply laser technology and components and augment its exports of fertilizers and phosphates, agro products and marine products to India while Lithuania could import textiles, leather and footwear and other raw materials from India.

Inviting Indian companies to invest in Lithuania H.E. Mr. Laimonas TALAT-KELPSA said there are several economic zones in Lithuania offering good investment opportunities and Indian businesses should consider these. Also, the rapidly growing Lithuanian economy is strategically located in the centre of Europe with a major port in the Baltic Sea and as such serves as an important hub for trade and business.

Earlier, in his welcome remarks Mr. Vijay Kalantri, Vice-Chairman, MVIRDC World Trade Centre and President, All India Association of Industries said it is widely acknowledged that there is a close similarity between the Lithuanian and Sanskrit languages, Lithuanian being the Indo-European language grammatically closest to Sanskrit, signifying possible close ancient links. As of today, the bilateral trade between India and Lithuania stands at Euro 55.53 mn. Chief exports of India to Lithuania include pharmaceuticals, cosmetics, textiles and consumer goods. Indian imports from Lithuania are machinery and mechanical appliances, high tech optical instruments, base metals and articles of base metal, chemicals, sulphur, lime and cement.

A high level delegation from sectors of food and agro processing, organic products, preservatives, condiments, etc. participated in the meeting. 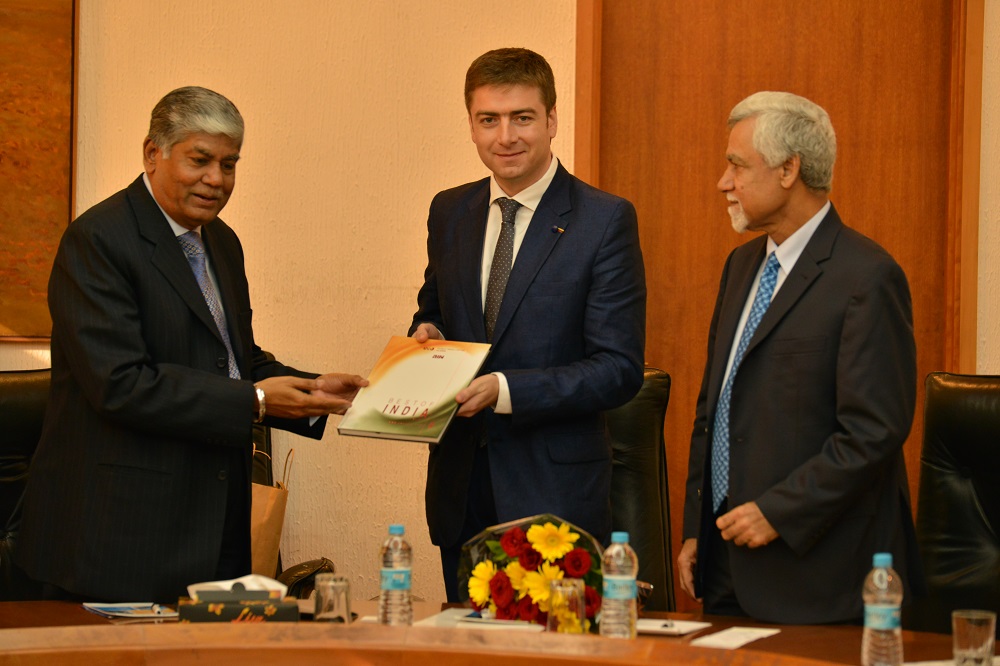