H.E. Laimonas Talat-Kelpsa, Ambassador, Republic of Lithuania in India, while addressing an interactive meeting on Investment and Trade opportunities in Lithuania organised by All India Association of industries and MVIRDC World Trade Centre Mumbai, mentioned that since January 2015 the country has become a member of the Eurozone and has adopted the Eurocurrency. Lithuania has been designated by the International Monetary Fund as ‘a well developed economy’ endorsing that it is a good place to do business and to invest. Ambassador said that political stability in the last 20 years has elevated Lithuania at the 17th rank as the most favorable destination in doing business.

Emphasizing on the close cultural ties between the two countries, the Ambassador said that India and Lithuania have deep roots in Sanskrit language. Speaking on the commercial exchanges, he said that 40% of Lithuanian exports to India are in laser and related technologies. With a highly skilled and young population, Lithuania attracts students from across the world and as many as 500 Indian students are at present studying in Lithuania. Lithuania boasts of a highly developed infrastructure with one of the fastest internet connectivity, cheap and accessible electricity, and the country is moving towards a more diversified energy market.

Presenting the investment and trade opportunities in Lithuania, Mantas Katinas, Managing Director, Lithuanian National Investment Agency, mentioned that the country is strategically located and serves the Baltic Regions, CIS and Western Europe. Within Europe it has one of the fastest GDP and in 2015 it is likely to reach 3%. It is ranked number one in GDP per capita growth in EU, 11th in the ease of starting a business and 15th freest economy in the world. Lithuania offers foreign investors a friendly tax regime, training schemes to connect with business partners and helps to launch businesses within 3 days.

Lithuania invites Indian investors in the sectors of medical, pharmaceuticals, biotechnology and life sciences. Investors can set up their businesses in the 7 free economic zones and industrial parks with state-of –the art infrastructure.

Earlier in his welcome address, Y.R. Warerkar, Executive Director, MVIRDC World Trade Centre Mumbai expressed that several cooperation agreements have been signed between the two countries to further strengthen our economic relations. However, trade continues to be negligible at a level of around 160 million Euros in 2013-14. Mr. Warerkar strongly urged both countries to initiate measures to enhance the level of trade in the coming years.

Queenie Nair, Director, All India Association of industries proposed the vote of thanks. 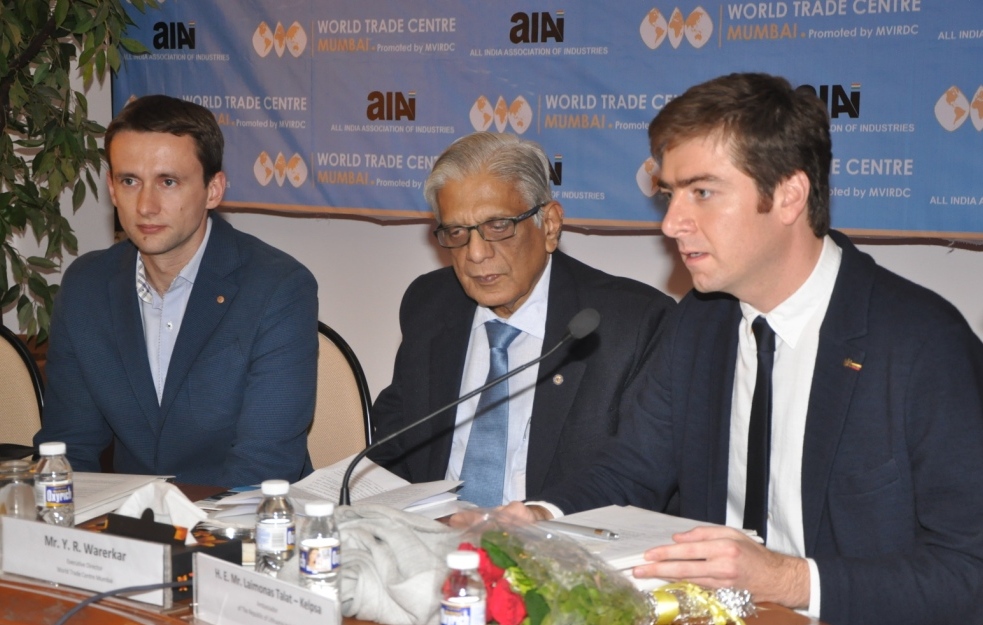