Maharashtra most conducive for investment, says Mr. Desai in the eighth edition of the G-Fair 2016 exhibition

Mumbai, May 19, 2016:  Mr. Subhash Desai, Minister of Industries, Government of Maharashtra inaugurated the eighth edition of the G-Fair 2016 exhibition in Mumbai which was attended by over 120 companies and over 186 delegates from South Korea.

Speaking on the occasion, Mr. Desai remarked, “Maharashtra being the economic and commercial capital of India and a premier industrial state, South Korean companies such as LG Group, Hyundai, Posco, Daewoo have set up operations here. We would give all possible support and assistance to such companies looking at investment in Maharashtra.  We have reduced the number of statutory permissions and created a conducive atmosphere for investments.”

G-Fair Mumbai–Korean Products Exhibition 2016 is an international trade fair that is held on 18-19 May 2016 in Mumbai. Over 5,000 delegates from various countries participated in B2B meetings at the event.

Mr. Soungeun Kim, Consul General of the Republic of Korea said LG Chemicals Ltd. is planning to invest US$ 100 million in Maharashtra and US$ 200 million in Gujarat soon

Mr. Kim further remarked that India offers an incredible investment market across sectors and is also ranked 3rd after the US and China in terms of purchasing power.

On the eve of the G-Fair Exhibition 2016, All India Association of Industries (AIAI), with the support of World Trade Centre Mumbai and other partners, organised the Korea India Business Partnership Forum 2016 on ‘Bilateral Co-operation for India Smart City Programme’ on May 17 2016.

Leading business and administrative officials of South Korea, including Mr. Min-cheol Lee, Director General, Ministry of Trade, Industry and Energy (MOTIE), Government of The Republic of Korea, participated at the forum.

Mr. Lee said South Korea is highly impressed with the performance of Indian manufacturing and service industry which indicates that “India has a potential to grow at 8-9% and beyond”. The Comprehensive Economic Partnership Agreement (CEPA) between the Republic of Korea and India is important for accelerating economic development; desiring to promote mutually beneficial economic relations. 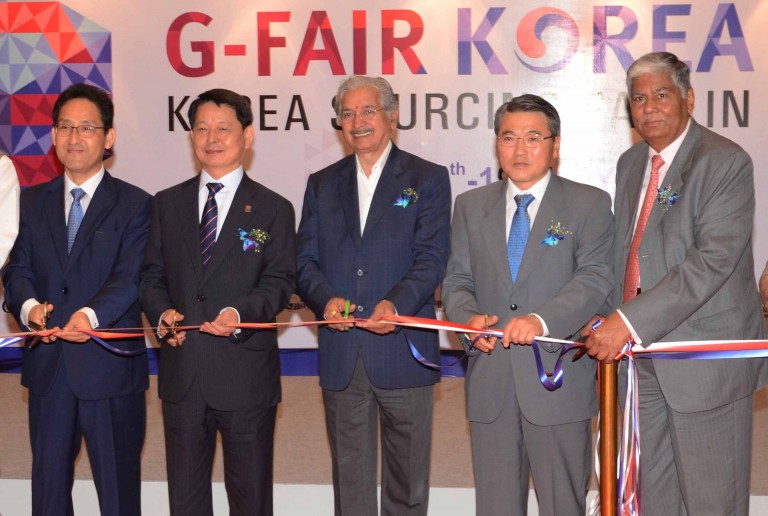