Malta welcomes Indian companies with open arms to invest and use it as a hub for EU says Mr. Abela
Press Release
by aiai-india

Malta welcomes Indian companies with open arms to invest and use it as a hub for EU says Mr. Abela

“Malta and India have shared excellent relations ever since formal diplomatic relations were established in 1965 and we invite Indian companies to explore business opportunities and forge partnerships at this Business Networking Event, which is attested by the good number of Malta-based companies and organisations that are here. Malta will set up a Digital Innovation Authority to license blockchain technology and cryptocurrencies and further, my country can become a hub for the European Union,” said H. E. Mr. Carmelo Abela, Hon’ble Minister of Foreign Affairs and Trade Promotion of the Republic of Malta who led a Business Delegation to an interactive meeting organised by World Trade Centre Mumbai and All India Association of Industries.

Malta’s business community is a diverse and dynamic one and Malta has acknowledged India’s economy as a dynamic one as well. “Our manufacturing sector is diversified and highly-specialised, attracting international operators that are active in automotive components, electronic components, precision engineering, injection moulding, medical devices etc.”, said H. E. Mr. Abela. Malta’s proven ability to serve as a logistics hub through its air and maritime connections between Europe and Africa offers great potential for collaboration, particularly for Indian companies seeking effective ways of creating new business opportunities in the two continents. The combined capacity to offer high quality facilities in manufacturing and logistics is an attractive investment proposition for Indian pharmaceutical companies desiring to manufacture and export in the region.

Information Technology industry is another leading sector in Malta where India has a proven track record in areas such as software development, website development, hardware manufacture to name a few. Malta is increasingly becoming a preferred location for foreign film production as a result of its substantial cash rebate given to film producers, experienced local film workforce, besides, its iconic sights and locations which have featured in several renowned films including Indian productions. There is a growing appreciation by Indian nationals of Malta as a tourist destination. Another sector that has witnessed steady growth is the hosting of business conferences, musical concerts and weddings, further added H. E. Mr. Abela.

In conclusion, the Minister on behalf of his Ministry offered to facilitate follow-up contacts that may result at the ensuing Business-to-Business meetings thereafter, which would go a long way in contributing to the wellbeing of both countries and its citizens.

H. E. Mr. Stephen Borg, High Commissioner of the Republic of Malta, New Delhi who was instrumental in facilitating the visit said, “India-Malta relation is growing exponentially in many sectors. This Business Networking Event is a milestone by itself as it will create deals and partnerships and we are here to facilitate it in every possible way”.

Mr. Vijay Kalantri, President, All India Association of Industries in his welcome address said, “India-Malta have had great relations, with growing diplomatic and trade-related visits in each other’s country. Malta is a scenic country with a stable and safe economy and offers attractive tax structures and incentives providing tremendous opportunities in areas such as auto engineering and components; medicinal & pharmaceutical products and electronic goods; logistics; transport equipment, travel & tourism, film shooting and production, education, energy etc. Therefore, Malta has the potential to be a hub to European countries.

Highlighting the Indian economy Mr. Kalantri said that India has regained its position of being the fastest growing economy. It growth rate is 0.2 percent higher than China. Currently, India’s GDP is growing at 7.2 percent which all go into making Indian an attractive destination to conduct business.

However, Mr. Kalantri cited important observations – no direct flight connections between the countries, in the area of film shooting there should be incentives in travel, accommodation and waiver in some production costs as is the case with Switzerland and Poland. Mr. Kalantri recommended setting up a task force or signing a cooperation agreement which would help facilitate trade and business through exchange of business delegations.

The event concluded with 250 pre-arranged business-to-business meetings between the high-level business delegation and trade and industry representatives. 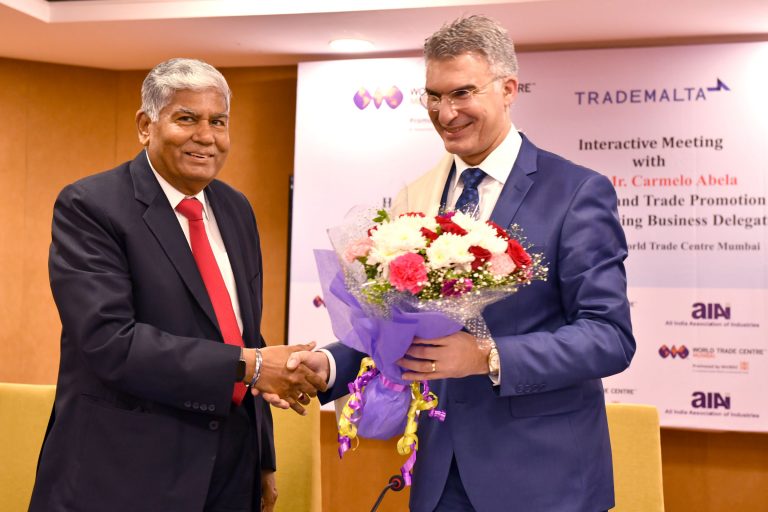 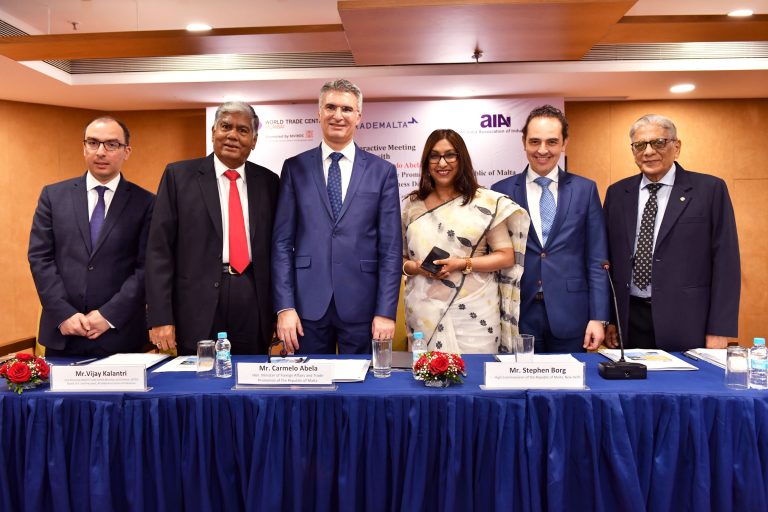