“India’s bilateral trade with the African continent stands at US$ 67 billion. Narrowing down to the Indo-Kenynian bilateral ties, the economies registered trade worth US$ 3.9 billion imbalanced in favour of India. India’s exports to Kenya stand at US$ 3.77 billion while the imports stand at a mere US$ 0.1 billion. It is of paramount importance that we address this trade imbalance”, said Ambassador Mr. Yogeshwar Varma – IFS, High Commissioner of India – Designate Kenya during an interactive meeting organised by All India Association of Industries and MVIRDC World Trade Centre with the Ambassador.

Examining measures to address the trade imbalance Mr. Varma said that the rapidly growing Indian economy falls under the top 10 global economies bracket. India is a US$ 2 trillion economy with global trade deficit worth US$ 100 billion comprising of large trade basket. India should favour the Kenynian economy by diverting tradeable imports from Kenya. The same shall enable healthy trade relations setting a case for partnership in priority.

Enumerating on the prospective tradeable goods between the economies Mr. Varma said that Kenya is a rich source of raw materials such as minerals, metal scrap, agricultural products, leather, etc.

Also, Kenya invites the Indian business community to set up base in the country. Indian businessmen can set up production centers in Kenya to give impetus to its manufacturing while exporting the manufactured products at competent prices to India.

Both the economies are represented by a federal democratic government thereby creating base for conducive work environment, Mr. Varma added.

Earlier, in his welcome remarks Mr. Vijay Kalantri, President, All India Association of Industries and Vice-Chairman, MVIRDC World Trade Centre said Kenya is an important trade and investment partner for India. Principal Indian exports to Kenya include pharmaceuticals, steel products, machinery, yarn, vehicles and power transmission equipment. Kenyan exports to India include soda ash, vegetables, tea, leather and metal scrap. Indian firms have invested in telecommunications, petrochemicals and chemicals, floriculture sectors in Kenya and have executed engineering contracts in the power and other sectors in the country. It is necessary that India make laudable efforts in expanding trade with the emerging markets of the African continent.

Present on the occasion was Mr. R. A. Goenka, Honorary Consul of Republic of Kenya. The meeting was well attended by the industrial fraternity and officials. 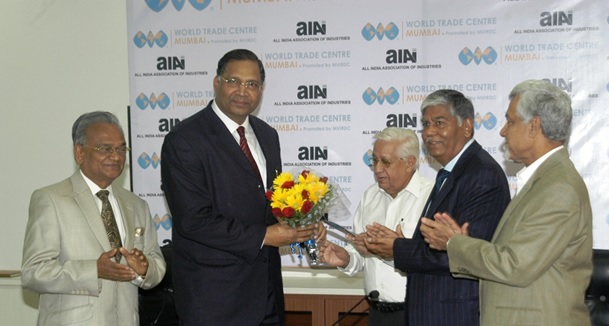