“The shipbuilding companies in China are looking out for business opportunities in India as the latter has a long coastline and growing shipbuilding sector. The shipbuilding sector in China is saturated and it is presently facing slowdown. India has a huge market in the shipbuilding sector and Chinese companies have the capability to build ships and meet India’s demand,” remarked Ms. Le Hongxia, Chairman, Global Trade Union and Chairman, Yangzhou Juneng Export and Import Company, in her keynote address during an interactive meeting with the business delegation led by her. The interactive meeting was jointly organised by All India Association of Industries (AIAI) and MVIRDC World Trade Centre (WTC) Mumbai on January 15, 2016 at World Trade Centre Mumbai.

Speaking about the Global Trade Union, Ms. Hongxia said the body was set up in Hong Kong in 2010 to provide a platform for Chinese companies to explore commercial ties with their counterparts abroad.

The Union co-ordinates with trade unions in other countries to facilitate the entry of Chinese companies in those countries. The union proposes to expand its activity in India as well to facilitate Chinese companies find ideal partners in India, Ms Hongxia informed. The Chinese government is implementing the ambitious ‘one belt one road’ project to enhance trading relationship between China and other countries, she added.

Mr. Aditya Rasiwasia, Committee Member, All India Association of Industries (AIAI), in his welcome address, said, “India and China are neighbouring countries and they are natural trade partners. Chinese exports to India constitute 5% of its overall exports and it majorly includes electronic goods and machinery. Both countries have a long coastline and can provide huge impetus to the development of infrastructure, especially to India’s need for road and port infrastructure. While China has built excellent infrastructure facilities, India is still developing them. Therefore, both countries have a natural advantage in collaborating in the infrastructure sector. I hope that the present delegation (which consists of companies in the shipbuilding industry, port & marine equipment, power relevant equipment and export-import companies) would explore fruitful business opportunities with their counterparts in India”.

Dr. Yadnya Pitale, Joint Director, Research and WTI, World Trade Centre Mumbai delivered the vote of thanks for the event. 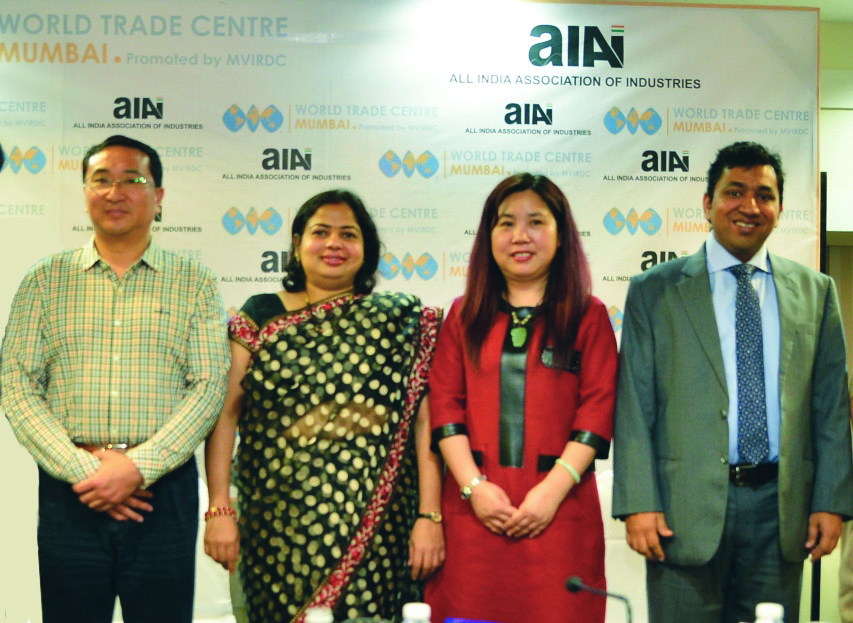