“There is huge scope for co-operation between India and China beyond the traditional sectors like agriculture, minerals, silk, footwear. India can collaborate with China on some of the emerging industries in Quanzhou like life science, pharmaceuticals, energy savings, environment protection, renewable energy equipments. We invite Indian companies to establish their businesses in Quanzhou and benefit from the comprehensive reforms being implemented in financial, services and industrial sectors. Quanzhou is a major port city in China and its port was listed as one of the 15 coastal ports fully supported by the state. Quanzhou exports 30-40% of the goods manufactured in the city,” said Mr. Li Jiping, Vice Chairman, Chinese People’s Political Consultative Conference (CPPCC), Quanzhou Municipal Committee at an interactive meeting jointly organized by All India Association of Industries (AIAI) and World Trade Centre Mumbai at World Trade Centre on 8th December 2015.

Speaking on the economic progress of Quanzhou city, Mr. Jiping informed that it is known as ‘Special Zone of Private Economy’ having over 45,000 private enterprises who contribute 92% to the total industrial output of the municipal region. He further informed that Quanzhou is honoured as one of the first “top 40 cities with the hard environment best for investment” and the city with the best potential for investment in People’s Republic of China’s 60 years of existence. Mr. Jiping pointed out that the leading sectors in Quanzhou city are silk, porcelain, art work, shipping and logistics.

Earlier in his welcome address, Capt. Somesh Batra, Vice Chairman, World Trade Centre Mumbai said India and China had traditionally strong cultural and economic relationship. Both the countries must collaborate to exploit the mutual complementarities between the economies, he informed.

Capt. Batra specifically mentioned solar energy, infrastructure, transport as potential areas of collaboration between both the countries. Inviting Chinese companies to invest in India, Capt. Batra pointed out that India has a big consumer market and cheap availability of labour.

He further informed that India offers huge opportunity for Chinese companies as the economy is growing at 7.5%, higher than China’s 6.4%.

Meanwhile, officials from An Sheng Shipping Co. Ltd, which is part of the delegation, evinced interest to open an office in World Trade Centre Mumbai.

While inviting Indian companies to explore business opportunities in Quanzhou city, Mr. Yanping assured that he would assist them in case of commercial disputes with their Chinese counterparts.

An introductory film on the social, economic, political, geographical features of Quanzhou city of China was shown during the meeting.

The event ended with the Vote of Thanks proposed by Ms. Rupa Naik, Executive Director, All India Association of Industries. 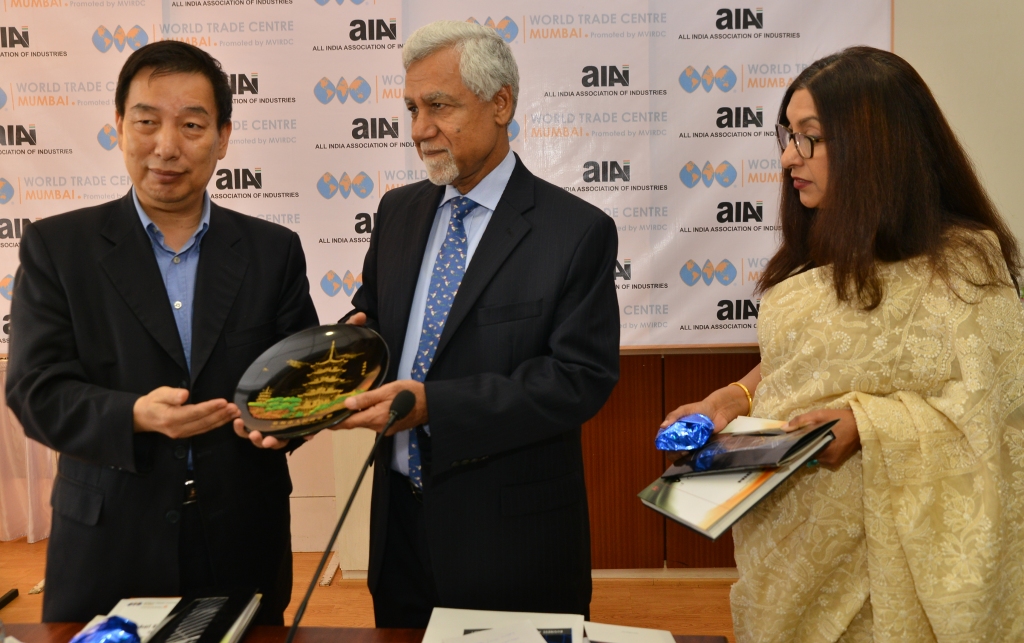