“A business delegation visiting from Turkey has shown keen interest in partnering with Indian companies in the infrastructure sector viz. road, power, ports and other related sectors,” remarked Mr. Rizanur Meral, President, TUSKON (Confederation of Businessmen and Industrialists of Turkiye) in an interactive meeting with the officials of the All India Association of Industries (AIAI) and World Trade Centre (WTC) Mumbai. The meeting was organised jointly by the AIAI and WTC Mumbai at Committee Room, WTC Mumbai on January 23, 2016.

Mr. Meral added that the macroeconomic fundamental in Turkey is not so strong due to double digit inflation, high interest rates etc. Also, there is slowdown in the economic growth of European countries and other prominent markets in the world. Under this condition, the strong growth in the Indian economy, along with low inflation, offers tremendous potential for foreign companies to invest in this country. Turkish companies find it attractive to invest in the infrastructure, renewable energy, textiles, agro food and other sectors in India.

While India is a huge market with attractive growth opportunities, there is lack of readily available information on the investment avenues and incentives offered by different states in the country. In this regard, all the state governments in the country must publish information on the investment opportunities available in their regions along with the details of the incentives offered and potential companies to partner with, Mr. Meral suggested.

In his speech, Mr. Karaoglan said, “India and Turkey can explore co-operation in the areas of auto components, pharmaceuticals, chemicals etc. Turkish firms are not only interested to export their goods to India but also establish manufacturing facilities in the country on the back of the Indian government’s ‘Make in India’ campaign.”

Earlier in his welcome address, Mr. Kalantri said, “India and Turkey are natural partners of trade as they have long standing cultural and economic ties. India has the potential to offer attractive returns for foreign investors due to the strong growth in its economy (over 7% GDP growth), progressive policy measures to improve ease of doing business, development of the infrastructure sector etc. Both the countries must collaborate in the areas of infrastructure, construction, renewable energy, textiles etc. Especially, the Turkish companies can participate in the government’s ambitious Smart Cities project by choosing one of the 99 cities chosen under this project.” 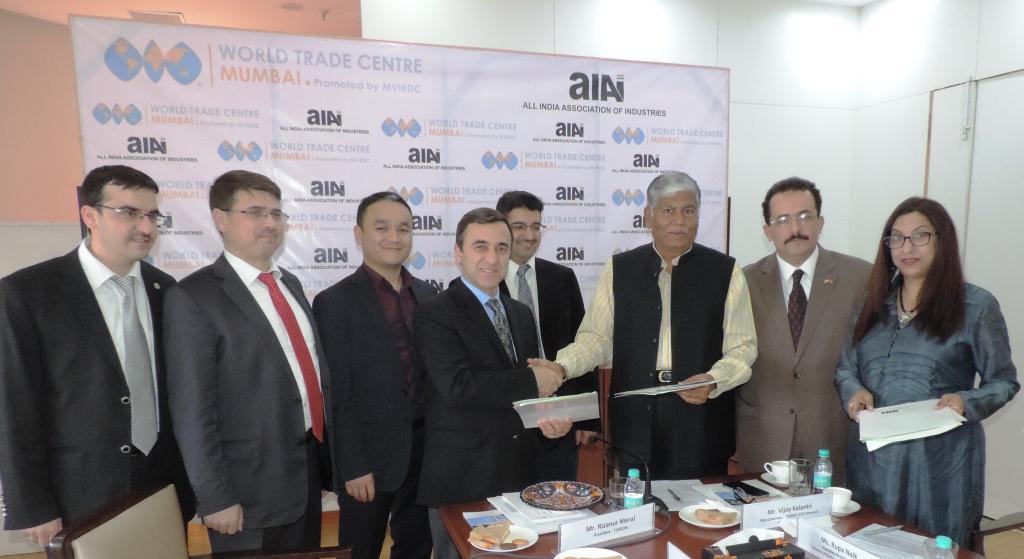