Russia and India cooperation is set on a new course during the 8th BRICS Summit held at Goa recently. Both Russia and India have shown renewed interest in cooperation in diverse sectors keeping in view their shared complementarities. Russia is keen to collaborate with India in the areas of security systems, technology transfer and also looking at investment opportunities.

At an interactive meeting organized by Russia India Trade House Mumbai ( RITHM ) , a joint initiative of World Trade Centre ( WTC )  Mumbai and All India Association of Industries ( AIAI ) , Mr. Artem P. Cherepanov, Deputy General Director  – Chief Designer on Commerce and Innovative Development , JSC Concern Morinformsystem – Agat expressed his optimism over the  future of India – Russia cooperation and mentioned that the Russian company had entered into a cooperation agreement for safety and security systems for the Krishnapatnam Port in Andhra Pradesh which was sealed in the presence of Hon’ble Prime Minister Mr . Narendra Modi and the Russian President Mr Vladimir Putin during the BRICS Summit.  The Company is also working with ports in Gujarat in similar projects and looking for opportunities in other coastal and sensitive establishments.

The company’s present line of business includes hydrofoil boats, technology in radar and robotic systems and renewable energy and the company is seeking Indian partners in these fields with technology and investment collaboration , Mr Cherepanov mentioned.

Mr. Roman Vorobiev , Head of Export Department ,JSC Concern Morinformsystem – Agat said that both Governments of India and Russia are proactive in advancing India Russia cooperation and this can be achieved provided there is greater interaction among the businesses from both sides and  exchange of business information. Our markets have ample opportunities and yet they remain untapped. Both sides need to take active initiative to explore opportunities in the areas of technology, energy, in particular alternate energy , pharmaceuticals , oil and gas , and automotives.

In his welcome address, Mr. Vijay Kalantri, President, All India Association of Industries (AIAI) said that Indian Investment in Russia is estimated at about $8 billion while Russian investment in India is about $3 billion. This can be enhanced through greater cooperation in the future. On the trade side, India Russia total trade during 2015- 16 totalled $ 6.17 billion . Mr. Kalantri mentioned that RITHM would lead a business delegation to Russia in 2017. Mr. Vorobiev assured every support to the visiting delegation to assist businesses from both sides in conduct of their business. 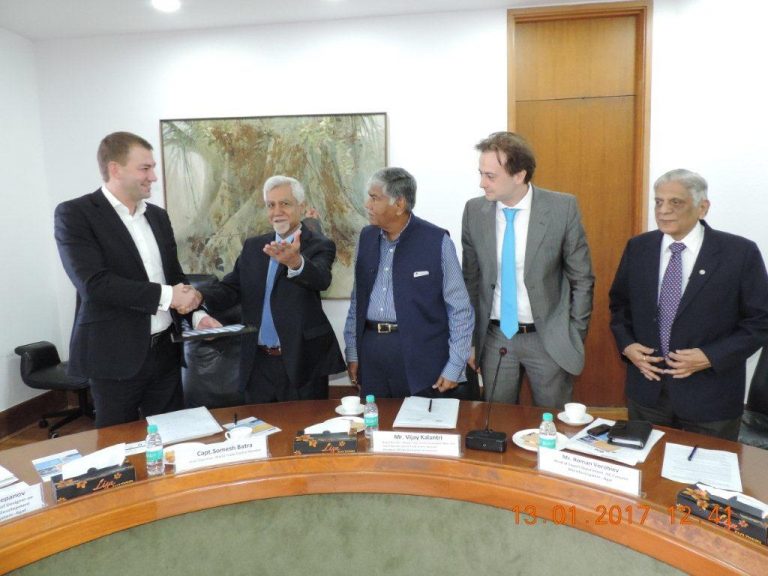