“Gyeonggi Province is known for its information technology (IT), Biotechnology, semi conductors and other industries. With cutting edge technologies we are planning to create Smart Cities for the future generation by implementing the concept of ‘zero cities’ with zero waste, zero carbon emissions, zero pollution, zero cost for start-ups,” said Mr. Bok Wan Yang, Vice Governor, Gyeonggi Province at the Korea India Business Partnership Forum 2016 on ‘Bilateral Co-operation for India Smart City Programme’. The forum was jointly organised by All India Association of Industries (AIAI), fnnews.com and Korea Trade-Investment Promotion Agency (KOTRA.  The forum was supported by World Trade Centre Mumbai, Ministry of Trade, Industry and Energy, Government of The Republic of Korea, Consulate General of The Republic of Korea, Mumbai and The Global Inspiration.

Speaking on this occasion, Mr. Min-cheol Lee, Director General, Ministry of Trade, Industry and Energy (MOTIE), Government of The Republic of Korea, said that South Korea is highly impressed with the performance of Indian manufacturing and service industry which indicates that “India has a potential to grow at 8-9% and beyond”. The Comprehensive Economic Partnership Agreement (CEPA) between the Republic of Korea and India is important for accelerating economic development; desiring to promote mutually beneficial economic relations.

“Supported with the young population and coupled with the huge domestic demand, India offers an incredible investment market across sectors and is also ranked 3rd after the US and China in terms of purchasing power. LG Chemicals is planning to invest 100 Crore in Maharashtra and 200 Crore in Gujarat soon,” informed Mr. Soungeun Kim, Consul General of the Republic of Korea.

Delivering the Presidential opening remarks at the forum, Mr. Hyochoon Yoon, Managing Director, KOTRA highlighted how the ancient civilisational links between both the countries have been substantively enhanced in contemporary times. Especially, he pointed out to the successful visit of the Prime Minister of India to Seoul in May 2015 when the bilateral relationship between India and the Republic of Korea was upgraded to a ‘Special Strategic Partnership’.

“I am confident that our partnership will expand and diversify further in strategic areas of our mutual complementarities and convergences to benefit the government’s plans of Make in India, Smart Cities, Clean India, Digital India, Skilling India, Start up India,” Mr. Yoon added.

The main purpose of the event was to provide a business platform for the Infrastructure Industry of both countries to come together and explore collaboration opportunities. The forum is expected to promote trade, investment and technical co-operation and further boost the relationship between South Korea and India.

In his congratulatory remarks, Mr. Vijay Kalantri, President, AIAI, said, “India has overtaken China to become the world’s fastest growing economy by clocking 7.5% GDP growth for the March quarter indicating that economy is clearly on “an upward path”. Therefore, he emphasised that this is the right opportunity for South Korea to invest in India. Also the government’s focus on improving the ease of doing business has been clearly, accelerating investments in infrastructure, both hard infrastructure and soft infrastructure. This stands out as a key priority to minimize government and maximize governance. The government has initiated plans for 100 smart cities. US has adopted 3 smart cities and we would like South Korea to adopt 5 smart cities.

It is estimated that around 250 million people from the rural areas will migrate to the cities in the coming 10 years,” Smart cities are a big opportunity which should be looked at by South Korea as there will be just one nodal agency for such projects, Mr. Kalantri added. He also urged South Korea to use India as a hub for exports. 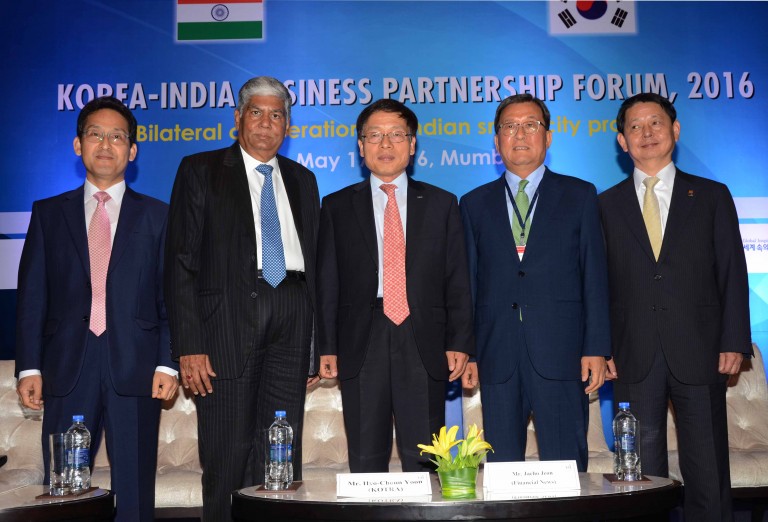