Future development of the society is contingent on the inclusiveness of women into the global workforce, and economic participation, says UNCTAD Sec-Gen

Delivering the welcome address, Mr. Morarka described the efforts of WTC Mumbai towards women’s empowerment particularly in education, trade and economic activities. Educated women in India are involved in the business world not as the daughters, wives or partners of men, but as entrepreneurs on their own right, he noted.

“Investing in women is not a favour but an imperative,” Secretary General Dr.Kituyi, UNCTAD
In his keynote address, Dr. Kituyi noted that it is too late to justify women’s empowerment. No effort will be worth it unless and until it has measurable targets. Matters of trade are critical to the progress of humanity as a whole. The entry of women into the global value chain is as a weakling and they end up at the bottom of the global value chain. Much of the women employed in organizations tied to globalization involve labour intensive roles with low value, where the wages are artificially low. Limited growth and lack of skill development in most of the industries -isn’t empowering women but keeping them tied down. Technology emerges as one of the bright spots that will help empowering women. While women still lag men when it comes to internet access, any future development of the society is contingent on the inclusiveness of women into the global workforce and economic participation. ICT can open up new avenues to a greater absorption of women into the labour force. Targeted e-commerce policies can open up new avenues to trade and development for women-owned enterprises and organizations employing women in a higher proportion.

SheTradesLaunched in India by Deputy Executive Director Tembo, ITC
Ms.Tembo stated that gender equality will help in the economic empowerment of women. Speaking of the work undertaken by the International Trade Centre, Ms.Tembo drew attention to the SheTrades initiative which aims to connect one million women entrepreneurs on a global scale by 2020. The event also witnessed the launch of the SheTrades initiative in India, where WTC Mumbai and AIAI will act as verifiers to help in providing a global platform for the Indian women entrepreneurs globally.

In the 18 months since its launch, SheTrades has already managed to sign-up 800,000 women entrepreneurs, necessitating a revision to the target. SheTrades holds the promise to revolutionize the way women are connected to the global value chain.

“The tech savvy women are the new women of the 21st century, “Deputy Director-General Agah, WTO
According to an UNWomen and the Sustainable Stock Exchanges Initiative, women earn only 10% of the world’s income even as they account for 2/3 of the global working hours. The wage disparity runs so deep that often women are paid only about 60-75% of wage as that of men. Economic opportunity is clearly skewed against women, said Deputy Director-General Agah. Drawing parallels with trade and the 21st century, he pointed to the fight women have taken on to gain their independence for centuries within the community. Trade is a great leveller and connects people, businesses and countries together. Trade, is also a means through which, women can expand their independence further around the world. The irony however is their independence (at least economically) in a totally interdependent world.

While traditionally women have been considered weak, which has limited their ability to access jobs and opportunities, new technologies are proving to be a real game changer for women.

Wage disparity for women needs to be tackled – Markosova
Ms. Michaela Markosovaspoke of the continuing wage disparity in most countries. She remarked that there is an urgent need to tackle the situation and that can happen only through empowering women and offering them economic independence.

The Czech Republic parliament has three women lawmakers out of fifteen. However, this number needs to grow exponentially. Equality in all walks of life is necessary to achieve the right balance in the fight for women’s empowerment.

Confidence – go after your dreams and go after your struggles – Dr. Ruby Dhalla
Elected to the Canadian Parliament in 2004, Dr.Dhalla became the first Person of Indian Origin (PIO) to be elected a lawmaker in a Western democracy. Dr.Dhalla spoke of the progress Canada has made in the last few years by pointing to the Justin Trudeau government comprising 50-50 gender equality. The need of the hour isn’t only to discuss feminism but on a larger context, that of humanism. A more humane society will treat its women better driven by the need for equilibrium.Women depend on each other to grow strong as a gender. To progress women’s empowerment, one needs to be confident and commit to the cause of upliftment of the self and with that, other women.

World is shifting from traditional to digital – Terrado
The rise of the new economy is the emergence of the digital world. Today, governments need to fast track policies and interventions to uplift the innovative spirit of entrepreneurs. Technology and social media affords us better access to a wide range of information and data, which can be harnessed to the betterment of the world as a whole, opined Ms. Terrado.

Ms. Terrado shared details of Slingshot P Philippines, a government-initiated platform supportingthe building and nurturing of a suitable environment with policies and programmes focused on progressing technology and innovations, entrepreneurs and businesses. Technology can empower women to unleash their potential and ideas in creating innovative solutions for themselves and the world around them.

Delivering the closing note, Capt SomeshBatra, Vice Chairman, World Trade Centre Mumbai, noted that women’s empowerment as a movement began in the 19th century in United States and Netherlands. He noted that women should receive their rightful place. Empowering women leads to empowering the society and the nation. While thanking dignitaries Mr. Vijay Kalantri, President, All India Association of Industries and Vice Chairman, World Trade Centre Mumbai described the importance Global Economic Summit over the years in addressing important issues pertaining to Sustainable Development Goals and thanked dignitaries and experts from more than 25 countries for gathering here to suggest policies and addressing women’s issues in various strata’s of society across the world. 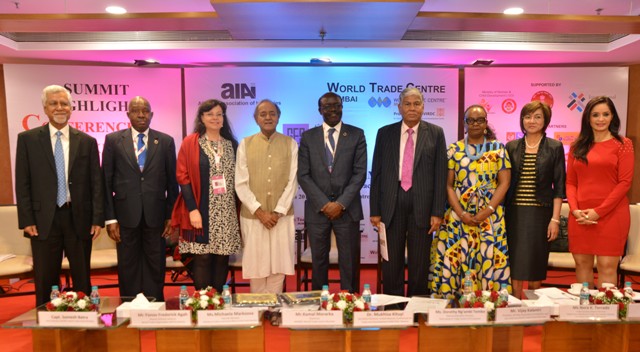 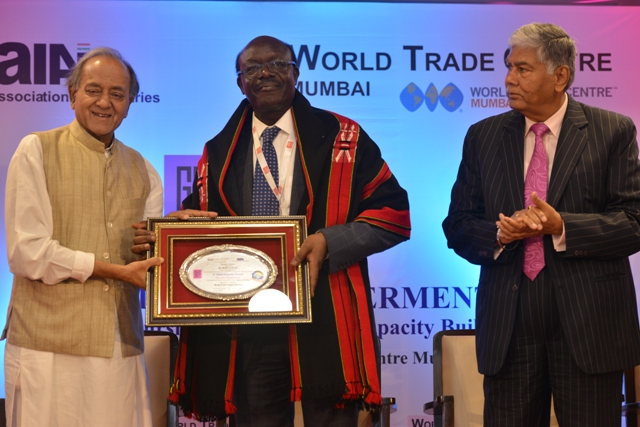 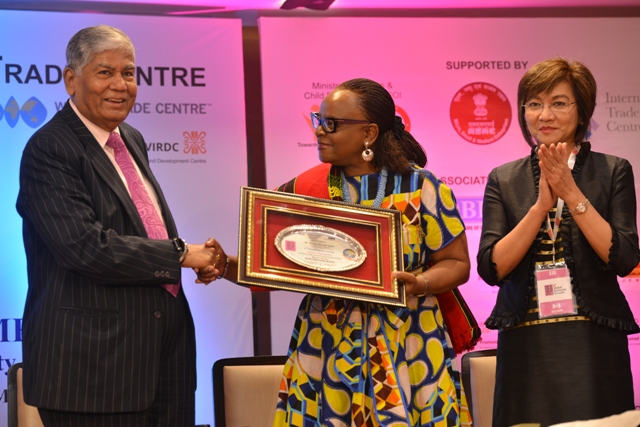